CEO Mark Zuckerberg made the announcement of the early version Spaces at its F8 developer conference in San Jose, California. It is available to try out on the Early Access part of the Oculus store today, and it shows how Facebook’s ambitions for VR go far beyond playing games.

“VR is naturally a social platform, and we are building it with people at the center,” said Rachel Franklin of Facebook during the keynote talk.

Facebook Spaces is integrated with Facebook Messenger calls. That means you can be in VR and broadcast the experience to a friend who is not in VR. The friend will see a 2D version of what is going on in the VR space.

“It’s an extension of who you are and the technology lets your humanity shine through,” Franklin said.

You’ll be able to create a cartoon-like avatar that you use as your virtual self. You can imagine the applications for VR games.

“From the moment you sign in, you are greeted friends on Facebook and all the things that are important to you,” Franklin said. 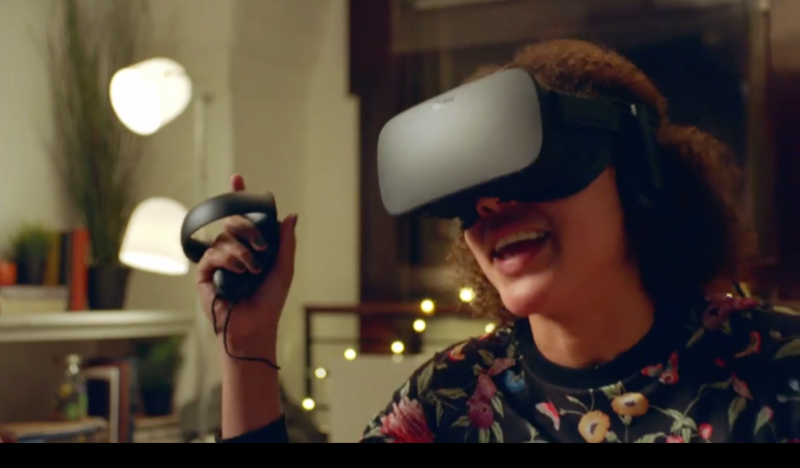 Facebook users with the Oculus system can connect their Facebook accounts and communicate via VR, using voice chat and avatar body language.

You can take VR selfies, draw, watch 360 videos with friends, and make calls via Messenger. Spaces isn’t yet available on the Samsung Gear VR and other smartphone VR systems.