Facebook is changing how couples are connected on its Messenger chat app. From February 14 onward, whenever a couple declares they’re in a relationship, Facebook Messenger will open with a shower of hearts, then invite the couple to customize text color, emoji, and nickname. Your significant other will sit atop your contact list, alongside your most frequently contacted friends or family. The heart eyes emoji 😍 will be set as your custom emoji.

To be clear: This isn’t a Valentine’s Day promotion. This is what each couple that says they’re in a relationship will see going forward, a company representative told VentureBeat in an email.

The change in Facebook Messenger will occur each time a couple is declared “In a Relationship,” “Engaged,” “Married,” “In a Civil Union,” “In a Domestic Partnership,” or “In an Open Relationship.”

The change in how couples connect on Facebook Messenger comes one month after Messenger chief David Marcus promised to “massively simplify” the chat app’s user experience.

The choice of 😍 as your custom emoji appears to have been made after analysis of 2 billion emojis shared daily with the chat app. As you can see, a list of the most popular emojis around the world includes quite a few hearts. 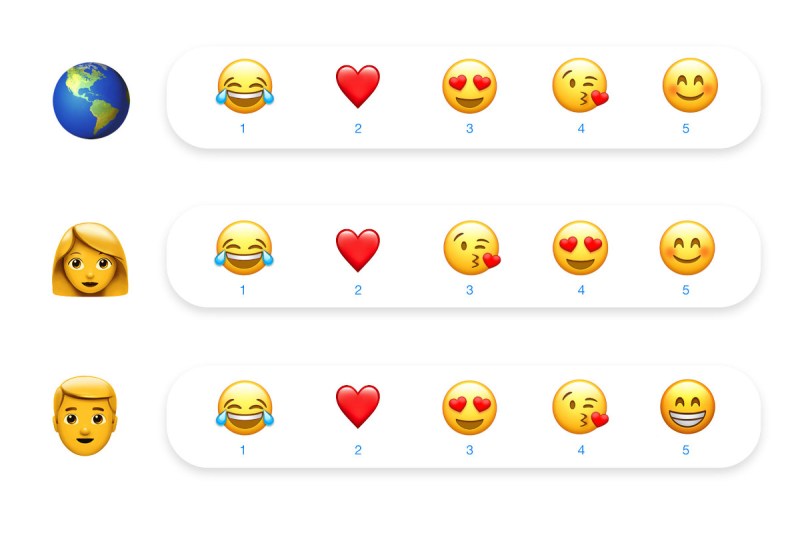 Above: Most popular emojis by use on Facebook Messenger

New Year’s Day, Valentine’s Day, and Mother’s Day are ranked among the most active days for Messenger activity.