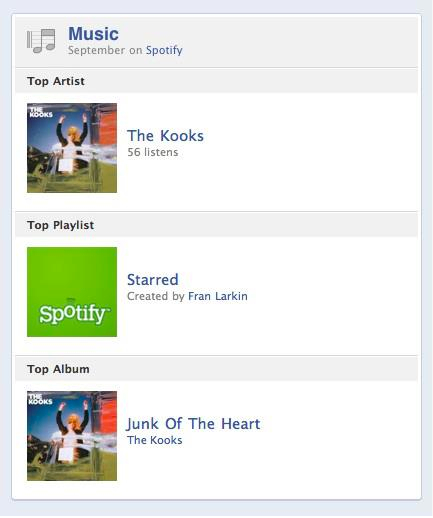 Facebook CEO Mark Zuckerberg announced today that users can listen to music, watch TV and films and more without ever leaving Facebook.com. For some types of content, absorbing new information and media will be as simple as hovering your mouse over a friend’s post.

These new features will be in beta starting today.

“Being able to click on someone’s music and play it is a great experience, but knowing that you helped a friend discover something new…is awesome,” said Zuckerberg.

You can also do more exploration into what your friends like. For example, you can listen to their favorite songs, watch the shows they watch, and more — all directly from the Facebook web app. Each user also will have special dashboards for movies, music and TV to show off what they listen to and watch the most.

The media integrations announced today have everything to do with Facebook’s all-new Profiles and news feeds — the Timeline and Ticker features, which we discussed in depth in this previous post.

Along with Zuckerberg, the CEOs of Netflix and Spotify both took the stage at f8, Facebook’s developer conference, to talk more about how Facebook will start integrating music, movies and other media into the site itself. Both discussed how social media is important to their companies’ growth and survival — just as important as better media integration is for Facebook itself.

Scores of initial partners have worked with Facebook to integrate their music and video content on the site. Music partners for the roll-out include Spotify, MOG, Rdio, Rhapsody, Turntable, VEVO, Slacker, Songza, TuneIn, iheartradio, Deezer, Earbits, Jelli, Mixcloud and others. On the video side, Facebook is integrating with Hulu, Netflix, Blockbuster, IMDb, Dailymotion, Flixter and several others.

Facebook is also allowing onsite consumption of news content and has established partnerships with large media partners for those features, as well.

It’s important to note that because of U.S. law, partners’ coverage areas, and a mound of red tape, not all streaming media services will be available on Facebook immediately in all areas.