Facebook released its Q2 FY2015 earnings report today, and the social networking company announced that it now has 1.49 billion monthly active users (MAUs), an increase of 3.47 percent from last quarter and 13 percent from a year ago.

Over the past nine quarters, both Facebook’s daily active users (DAUs) and MAUs have increased — in fact, from 2013 to last quarter, the social networking company’s MAUs have grown nearly 31 percent.

This quarter, daily active users were 968 million, an increase of 17 percent annually, while mobile usage increased 23 percent year-over-year to 1.31 billion. 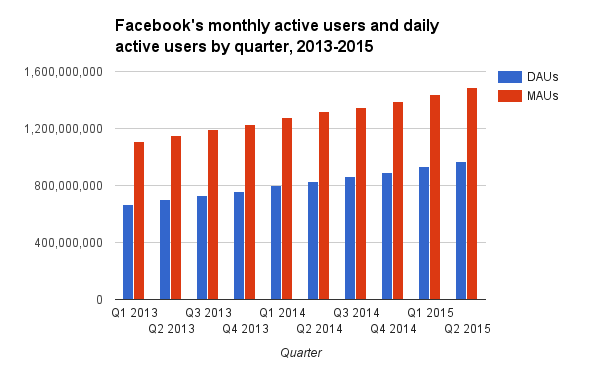 The Asia-Pacific and the rest of the world continued to have the most engaged DAUs and MAUs, while Europe, Canada, and the U.S. all had sluggish activity from users. 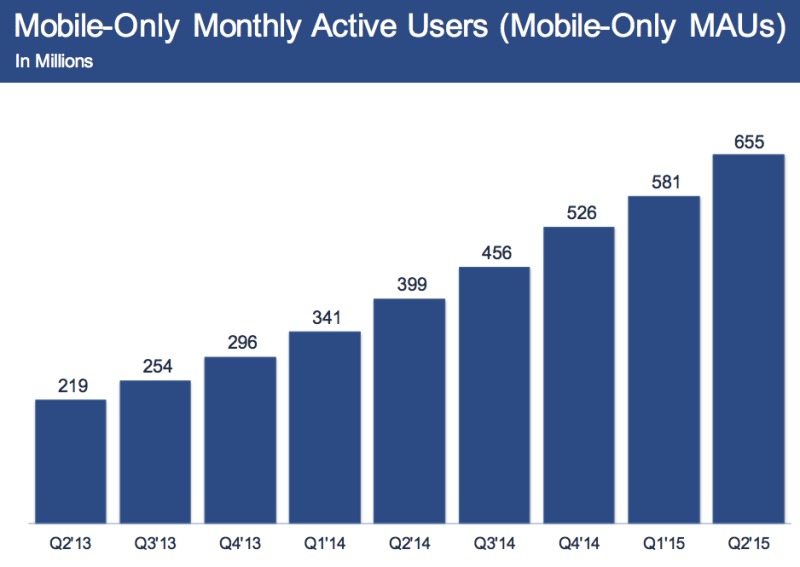 As more users are on Facebook, how does this bode for the social networking company in terms of revenue gleaned per user? It seems that Facebook’s worldwide average revenue per user (ARPU) is $2.76 this quarter, a 10.4 percent increase from last quarter’s $2.50. However, when you look at it over the course of a year, it’s a 23.2 percent increase.

Facebook CEO Mark Zuckerberg touted the success of his company by saying in a statement, “This was another strong quarter for our community. Engagement across our family of apps keeps growing, and we remain focused on improving the quality of our services.”

Today’s results fall in line with analyst expectations about usage growth. Bank of America Merrill Lynch’s Justin Post told MarketWatch earlier this week, “We remain positive on usage fundamentals and monetization opportunity, and see several levers to pull drive revenue growth.” It was estimated that Facebook would have 1.475 billion MAUs.

The tale of Facebook’s DAUs and MAUs is one that highlights that the social network is not having a problem with keeping users engaged, matching with analyst expectations. However, the company did not disclose the breakdown of which services its users are more engaged with as its results didn’t include Instagram and WhatsApp numbers.