The company also shared it now has 864 million daily active users (an increase of 19 percent year-over-year) and 703 million mobile daily active users (up 39 percent year-over-year). While it’s great for Facebook that all these numbers are still growing, albeit slowly on a quarter-over-quarter basis, the real interesting figure is in the company’s earnings slides, on page seven: 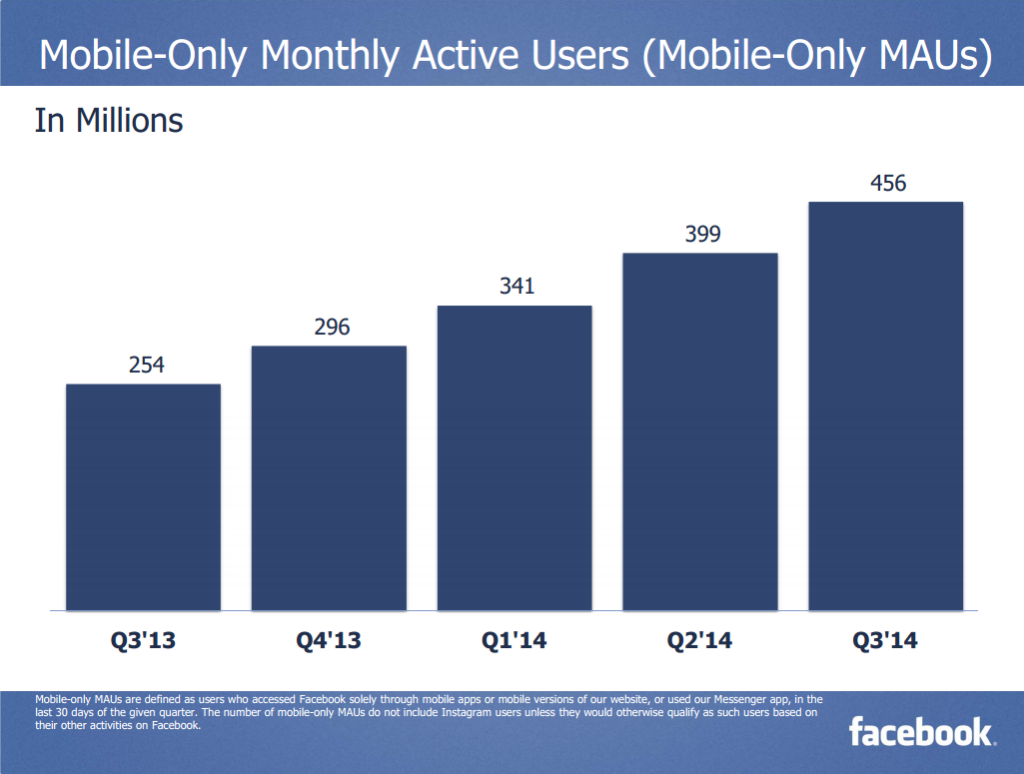 Between Q2 2014 and Q3 2014, Facebook added 57 million mobile-only users to reach 456 million total (up 12.5 percent quarter-over-quarter). Basic math tells us that mobile-only users now account for 33.78 percent, or just over one third, of the social network’s total users (a new high).

In case you’re wondering, here’s how Facebook distinguishes this category:

This is important for two reasons. First, Facebook’s growth rate has been slowing for a while, which shouldn’t be surprising given its size. Second, two thirds of the company’s revenue now comes from mobile, which only further emphasizes that the social network has managed to successfully transform itself into a mobile-first business. 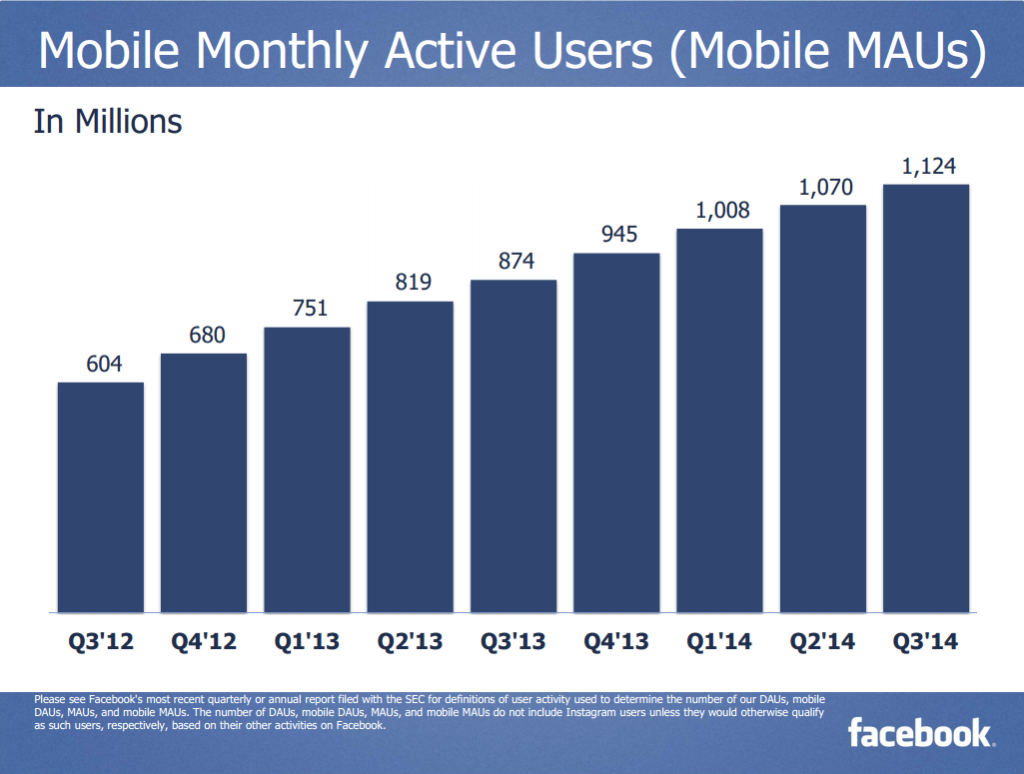 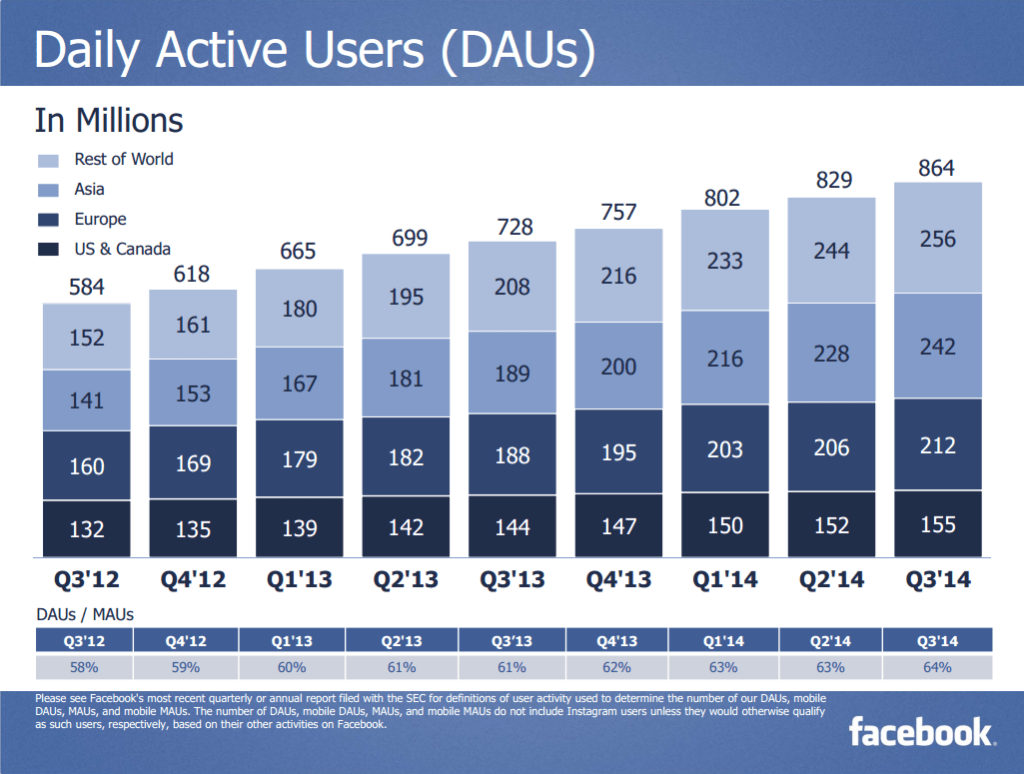 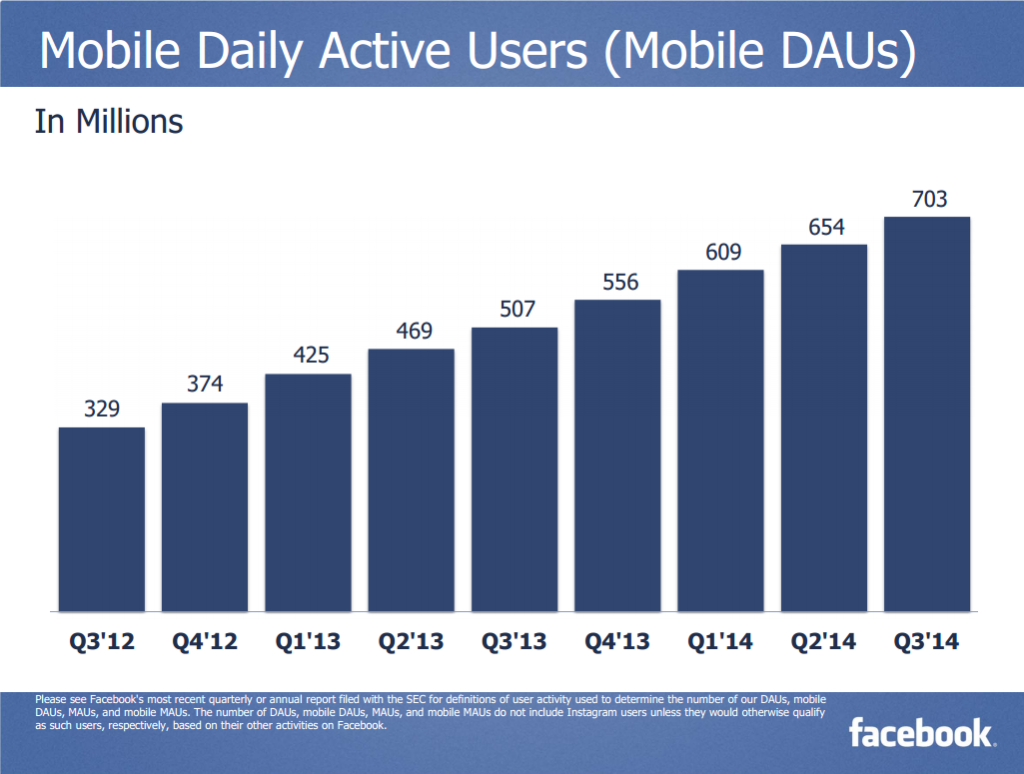 We think it’s only a matter of time before Facebook starts showing off mobile-only numbers right in its press releases. A third of a user base as large as Facebook’s is nothing to scoff at, and we bet it won’t be long before it reaches 50 percent.