Facebook’s very quiet announcement last week that it is dropping Facebook Credits in favor of local currency pricing was likely the quietest declaration of war the world has seen. The notice, made on the company’s developer blog, means Facebook is taking on payments providers PayPal, Google Wallet, and, perhaps preemptively, Apple’s iTunes.

Plink co-founder Peter Vogel argues as much in an editorial he penned for TechCrunch this weekend, writing that he still expects “Facebook to become a dominant player in the Payments space, similar to a PayPal.” Steven Weiss at the Daily Beast opined about it a month ago, and super-angel Dave McClure predicted this as far back as 2010. 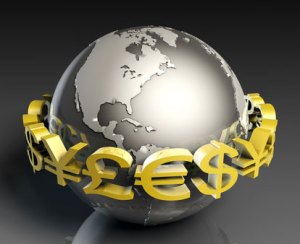 In fact, years ago, rumors of a Facebook “wallet” product preceded the launch of the Credits platform that is now being transformed into a full localized standard-currency payments platform.

Well, the stated reasons are in fact very good ones. In a post aimed at app developers, this is what Facebook is said:

… we hope to simplify the purchase experience, give you more flexibility, and make it easier to reach a global audience of Facebook users who want a way to pay for your apps and games in their local currency.

With local pricing, you will be able to set more granular and consistent prices for non-US users and price the same item differently on a market-by-market basis.

Those are great reasons. Pricing a game on Facebook at 10 credits costs an American about a buck, which might take the average person a few minutes to earn. But the same game costs someone in Mexico almost 14 pesos … which takes the average person a couple of hours to earn. Local currency pricing can reduce that discrepancy.

But other reasons likely exist as well.

Local currency pricing is essential if the company wants to go beyond the Facebook platform and offer payment functionality online around the web — and, potentially, offline everywhere we currently use cash or credit.

McClure believed it back in 2010, saying that “in 2015 the default login & payment method(s) on the web will be Facebook Connect, Google Gmail, or Apple iTunes.”

The login part has already happened, at least for Facebook and to some extent your Google account. The iTunes part may have received a significant boost a couple of weeks ago at Apple’s developer conference where Passbook was unveiled with wallet-lite capabilities, in conjunction with an Apple announcement that the company has 400 million customer accounts with credit cards. 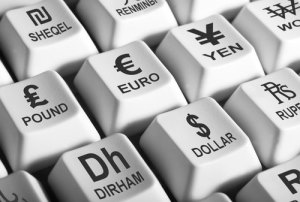 As frequent VentureBeat contributor Rocky Agrawal pointed out, Apple’s Passbook is scary for PayPal, which has only 100 million customer accounts. But Facebook could be threatening for both PayPal and Apple. In his editorial, Vogel said, “Facebook is PayPal on steroids, with the strength of a billion members.”

Facebook, which doesn’t quite yet but soon will have a billion members, already has a leading position in the identity wars. As everyone who has ever had to show a driver’s license or punch in a PIN code when using a credit card can attest, identity is the key challenge in the payments space. And now Facebook is trading a proprietary, closed, and virtual currency — Facebook Credits — for real, actual, and local currencies.

Perhaps only Mark Zuckerberg knows where this is going, but my prediction is that the payments space is going to get much more interesting before it gets boring.