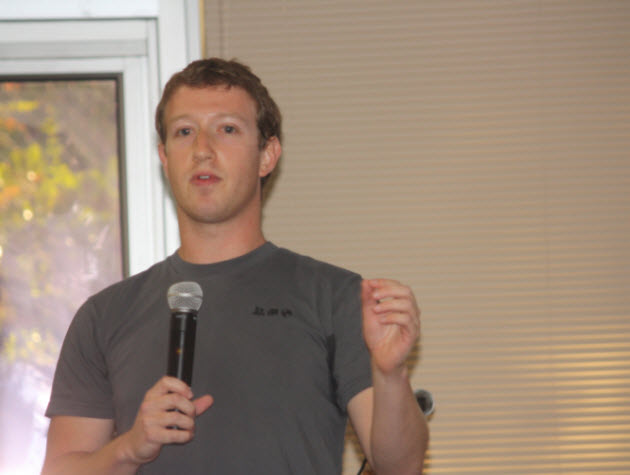 Relax, game developers. Mark Zuckerberg, the baby-faced billionaire chief executive of Facebook, does care about games after all.

That was one of the big messages imparted to a collection of about 100 or so key game developers and publishers who showed up at Facebook’s headquarters today in Palo Alto, Calif. Zuckerberg appeared at the event to tell the game makers that, on a very high level, Facebook knows how important they are to the success of its platform.

That’s why Facebook is pushing out changes tonight that make it easier for gamers to see notices about their games and share them with other friends who play games, all the while stopping game messages from reaching those who hate them. This balancing act is something that Facebook has to get right, or it will lose developers to other platforms — or lose users to other social networks.

As we reported earlier, Zuckerberg and his staff talked about changes that the company was making to its platform to make social games take off better. The move is an effort to restore the virality that Facebook removed in the spring when it decided to crack down on game notifications in the name of reducing spam for all users.

Zuckerberg outlined Facebook’s key dilemma. He said that hundreds of millions of game players flock to Facebook so that they can become engaged in games shared with their friends. They are very vocal about what they want. But there is an equally passionate group of people who hate the messages from games that are splashed across their pages.

To deal with that, Facebook is going to change what its users see on their pages, depending on whether they are game fans or not. If the changes are well received, then game makers should see more people playing their games, and Facebook itself should see fewer complaints from people who don’t care about games.

Zuckerberg likened the problem to a real world conversation. If you met someone who doesn’t play games, you wouldn’t start a conversation by talking about how you just got a cow in your Facebook game. You would only tell that to someone who understood you. 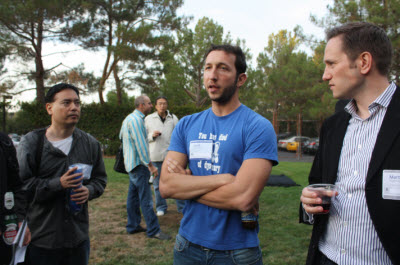 The changes Facebook is making are not splashy, Zuckerberg said, but very basic. He acknowledged that some game companies were generating huge business on Facebook, but he also noted that games were the biggest source of complaints on Facebook. After Facebook rolled out its crackdown on game notifications in the spring, the company got a lot of complaints from game makers who lost tens of millions of customers. Facebook studied the problem and assembled its own team of game specialists led by Jared Morgenstern (pictured at right in blue T-shirt), who wrote a post about the changes. Morgenstern built a loft for the team and attacked the problem.

Morgenstern said that Facebook now has the biggest game platform in the world, with 200 million playing games each month. The top 10 games on Facebook all have more than 12 million active users. Morgenstern’s team came up with five ways to fix how people navigate through games on Facebook.

1. The first fix was to create smarter bookmarks. These are the little icons on the left side of the user’s page that show which applications the user visits most often. If the player is a gamer, the bookmarks will surface the most frequently played games at the top so the user can start the applications more easily. This change deals with the fact that people tend to notice different sections of their Facebook pages more readily. Also, the bookmarking will happen automatically; no longer will people have to manually bookmark their favorite apps.

2. Facebook will also create a stronger “re-engagement” channel. On the applications that you use, Facebook will show numbers (counters) by the icons so that you know how many messages have been sent to you from within the game or how many tasks you have to carry out.

3.  Requests from the games go directly do the game dashboard. Morgenstern acknowledged that the game dashboard, as it is currently, really “sucks” and that it isn’t getting a lot of usage. The messages from games will now be displayed on the left side of the Facebook page, which is highly visible to users.

4. Facebook will target messages from games, or “stories,” based on game usage. If you play games, you will get game messages. If you don’t, you will not. Gamers can share stories freely without worrying that they are sending the wrong messages to non-gamers. And gamers will receive the full river of game stories that their friends share, not a collapsed view that says there are stories pending. Non-gamers can still see that their friends are playing a certain game. If they are curious, they can easily click on the activity described to discover the new game.

5. Simplifying the policies that game developers have to abide by. Previously, Facebook’s complicated restrictions hampered the development of games. Now Facebook will streamline that process.

Morgenstern said that Facebook isn’t done making improvements for games. But these changes will establish a baseline that Facebook can start to measure from and tweak as needed. He said Facebook will “double down” on games with a new set of applications programming interfaces — the infrastructure for how games work with Facebook — at a future event. 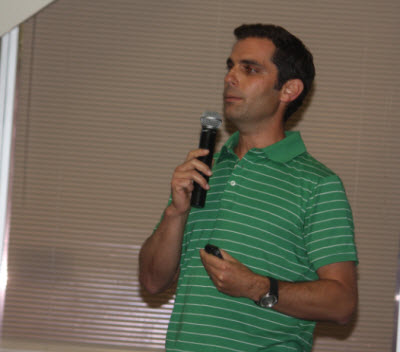 Dan Rose (pictured, right), vice president of partnership and platform marketing, didn’t apologize for the changes that hurt game developers months ago. But he acknowledged that the company did “things in the past that led to reduced distribution of games and it sent a signal that maybe we didn’t care about games.” He said Facebook has begun listening better.

“We thought about games in a more strategic way,” he said. “We heard you wanted to know that we were committed to games and that we would invest in them to make them more successful.”

Game developers that I talked to tonight were pleased that Facebook was getting around to fixing the problems with the reduced virality of games. They thought the changes were a step in the right direction and appreciated the fact that Facebook was seeking their feedback. But the Morgenstern’s game team is still tiny compared to the investments that other platform owners make in their support teams. It is stretched thin.

Facebook game developer Mark Otero, chief executive of KlickNation, said, “Most game developers would admit that game-related feed posts were annoying to non-gamers, but subjecting games to a complete quarantine seems like a ham-fisted approach to the problem. Even the most avid gamers won’t be able to see posts from new games their friends are playing. We’re optimistic about some of the other changes, but everyone is worried about being banned from the stream.”

Morgenstern said that Facebook’s goal is never to have a bigger team working on developer support than it does working on the actual product that developers use. But that will change as Facebook hires more developer relations professionals to deal with its biggest partners in games and other apps. Facebook wants its developers to create sustainable businesses on its platforms, and it wants to maintain a healthy ecosystem.

“We heard the message loud and clear,” Rose said.

But one developer asked if Facebook would postpone its plan to require every game to use Facebook Credits, since that virtual currency system takes 30 percent of every transaction in a game. Facebook says its universal currency is needed to promote more purchases of game content, but developers say Facebook is taking too big a cut. Facebook Credits is still in the beta testing stage, with 170 games using it right now.

After Facebook had outlined its latest changes, it gave the developers its usual fare of hot dogs and Sloppy Joes. That’s not exactly wining and dining developers, but it’s another step in the social network’s emergence from adolescence. Hopefully, Zuckerberg created the right impression among game makers. If he didn’t, developers can go to other platforms, such as the social network layer that Google is creating for its users.

s a challenge for everyone building apps. Join us at DiscoveryBeat 2010, and hear secrets from top industry executives about how to profit in the new cross-platform app ecosystem. The conference takes place on October 18th at the Mission Bay Conference Center in San Francisco. Go here for conference details, or to apply to the “Needle in the Haystack” business contest. Early-bird tickets are available until today, September 22.