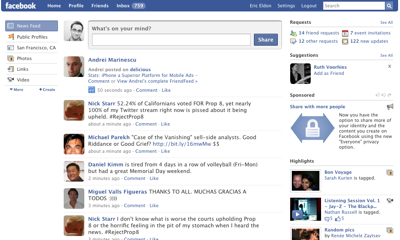 After months of rumors about whether Facebook is raising more money — or even if it needs the money to pay the bills — the company has officially confirmed that it has taken a new round of funding.

Russian investor Digital Sky Technologies is putting in $200 million for 1.96 percent of the company, at a $10 billion valuation.

DST is also planning to purchase up to $100 million in current and former employee stock, the details of which will Facebook will announce this summer, more or less confirming what we heard two weeks ago.

A number of stories over the last few months have suggested that Facebook is running out of money due to infrastructure expenses incurred by its rapid growth — and lack of a serious business model. But the company said in late March that it was beating its own revenue projections for this year by 70 percent. At the time, I estimated that it was on-track to make more than $500 million, a number since confirmed by other reports. The company has also been developing new technologies to control costs such as image-hosting.

The combination of revenue growth and cost controls explain the $10 billion valuation implied by the Russian investment today. Many publications, including this one, have reported potential employee stock sales as well as new investments that valued the company at far less. Facebook has never confirmed any of those numbers, although I’m standing by this report about the $4 billion offer it decided to turn down in April.

As the larger economy has crashed over the last couple of years, Facebook — like most other companies, has seen its valuation drop. It was valued at $15 billion, per a $240 million third-round investment by Microsoft in the fall of 2007. Facebook has since raised a total $120 million from Hong Kong billionaire Li Ka-Shing as well as $15 million from the European Founders Fund. 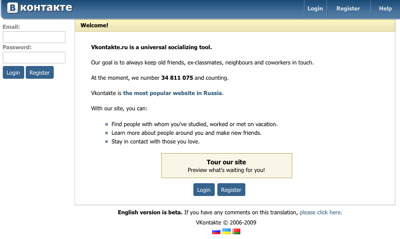 DST appears to be a sophisticated investor. It has put money into Mail.ru, Russia’s largest free e-mail service. It already has experience with social networks, having put money into Russian-language social network VKontakte, a Facebook clone that has established itself with Russian speakers in the mother country and around the world. Notably, the European Founders Fund is formed of by the Samwer brothers, who have previously invested in German Facebook clone Studivz — which sold for $100 million in early 2007.

The fact that DST wants employee shares is also significant. These shares are valued at far less than the preferred stock that DST and other investors own. The investors’ preferred shares include special privileges, typically including the right to re-invest, the right to sell their stock first, and possibly a board seat or two. Common stock is stock without privileges. DST will only make money on this stock if Facebook is worth many millions more one day.

For its part, Facebook seems to have a global strategy for the sorts of investors it looks for. With the addition of a Russian investor to a Chinese and German investor, it now has a friend in some of the largest markets, and emerging markets in the world. Having powerful local connections can help a company do more business deals, and stay on friendly terms with governments. What’s next, funding from Brazil and India?

[Update: For more, see my follow-up interview with Facebook chief executive Mark Zuckerberg and Digital Sky Technologies chief executive Yuri Milner. In it, they discuss social networking in Russia and Eastern Europe, and that thing we all care about: Revenue.]