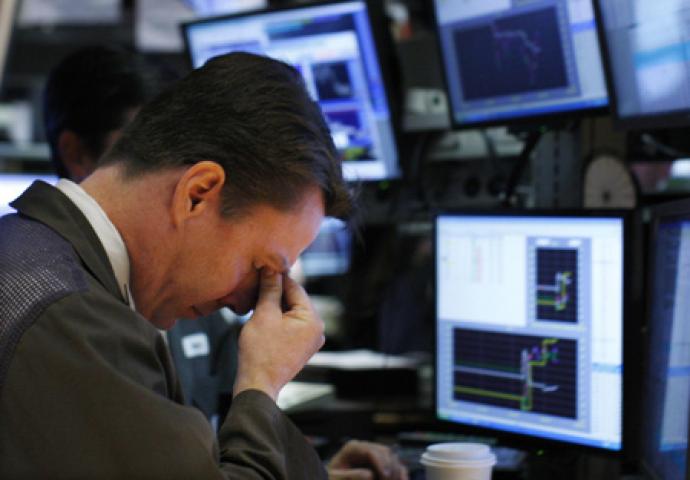 You know what they say about a rising tide lifting all the boats. Well, the same goes for a waning tide, apparently.

As Facebook stock dips lower and lower in early trading, at times as low as its $38 initial price from last night, other new tech stocks are also taking a beating. So far today, Yelp, Pandora, Zillow, and Zynga are all trading significantly lower, too.

UPDATE: As of 9:04 am Pacific Time, trading of Zynga shares has been halted. Shares were down 13 percent before trading stopped.

Interestingly, some more mature (and consequently less vulnerable) tech stocks are trading up. Google is up around 3 percent for the day, and Apple stock has seen an 8 percent lift.

General economic indicators such as the S&P 500 and the NASDAQ Composite and NASDAQ 100 are only slightly down today, less than a quarter of a percent for all three indices named.

Here’s a chart showing percent changes for the day. As you can see, tech stocks that have seen relatively recent IPOs are down 4-12 percent so far:

It’s still very early, so it’s hard to tell what the rest of the day will bring.

Most of the analysts we consulted weren’t expecting a big “pop” for Facebook shares today, but they were expecting trading to stay in the low to mid-$40s. This dip down to $38, which was the original listing price last night, is inauspicious but not necessarily a disaster — yet.

“Facebook has an opportunity to learn from Google’s own IPO — which, by the way, had a rocky start — and subsequent business success,” said Lee Simmons, an industry expert at Dunn & Bradstreet.

Super investor Warren Buffet also predicted a rough start for Facebook, stating at the Berkshire Hathaway shareholders meeting, “We never buy into an offering…The idea that something coming out…that’s being offered with significant commissions, all kinds of publicity, the seller electing the time to sell, is going to be the best single investment that I can make in the world among thousands of choices is mathematically impossible.”