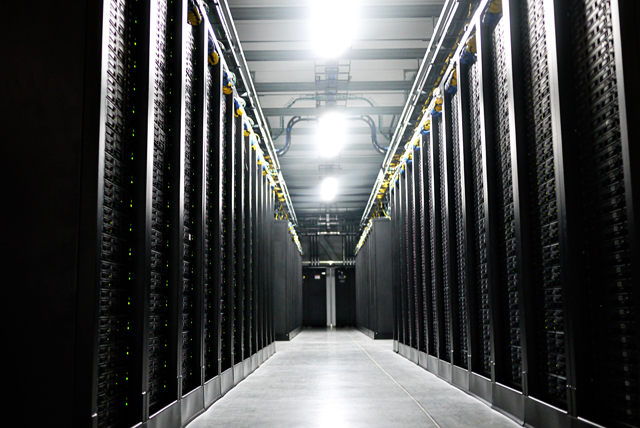 UPDATE: Facebook may end up open-sourcing the new cold-storage servers, too. See below.

But Sub-Zero isn’t for serving up Likes at lightning speed; it’s for long-term, low-power backups that will keep Facebook data on ice indefinitely. This is referred to as cold storage — hanging on to data that you can’t delete but don’t need to get at very often.

Facebook engineers are still working on the designs for the servers and the custom-tweaked software that will live in Sub-Zero; these won’t be out until sometime next year. And Facebook VP Tom Furlong revealed to Wired today that Facebook won’t be accessing the devices too frequently; they’ll be specifically for deep storage.

While other companies still use tape for such backups, Facebook will be using these all-digital new devices. Currently, the company keeps one backup for use in the event of server issues and one backup for emergencies.

Sub-Zero is just 62,000 square feet, one fifth the size of the main Prineville facility. This will be Facebook’s third building in Prineville.

Given the Prineville center’s focus on Open Compute and open-source hardware, we wondered whether Facebook plans to open-source its new deep-storage servers. A company spokesperson tells us that open-sourcing the new devices certainly would fit with Facebook’s current modus operandi; however, as the devices are still in the design stage, it’s too early to release any details just yet.

Amazon, Apple, Dell, Google, Microsoft, and Yahoo also operate data facilities in the same general area of Oregon; it’s nice and cool, and they all get incentivized to bring short-term and long-term jobs to the area.