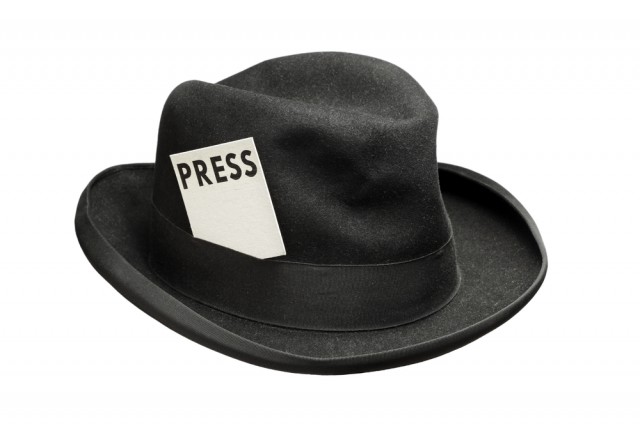 Facebook announced today that thousand of journalists have flocked to Facebook’s subscribe feature since its launch, putting their scoops, stories and squibs right into your Facebook news feed.

“It has been pretty broad adoption both in the U.S and internationally, and includes journalists from big and small organizations who report from various primary media (TV, radio, etc.),” Vadim Lavrusik, Facebook’s journalist program manager, in an e-mail to VentureBeat.

Before the subscribe button, Facebook supplied purely reciprocal profiles. Meaning, if you wanted to follow someone’s updates, you had to be a friends with them, and they, in turn, had to be friends with you. Social networks like Twitter and Google+, however, do not require a symmetrical relationship to add someone’s updates to your stream of social consciousness. There was little commitment involved, so people flocked to those sites for news and quick information, while Facebook remained a source of personal news. 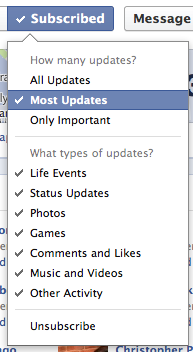 The subscribe button changed this, allowing people to see analysis, links to posts and other content outside of their day-to-day updates on friends’ activity.

Thus far over 1000 journalists are using the subscribe button, including over 90 people from the Washington Post and over 50 from the New York Times. The social network did a limited study of 25 journalists from all different backgrounds and subscribing has taken off in the past couple months, with journalists seeing a 320 percent jump in subscribers since November.

Subscribe could replace Facebook fan pages for individuals like journalists who have their own Facebook profiles. It’s both a pain for the fan page owner and the fans to go from one profile to the next sharing content. But fan pages still have their place on Facebook, for companies as well as for those who truly want to separate their profiles from their work lives.

“It really depends on how you want to use Facebook, and I wouldn’t say it’s necessarily an either or,” said Lavrusik, “For journalists who are using Facebook to not only grow their audience and distribute content, but also for reporting and contacting sources, Subscribe is a great tool. It also enables journalists who want to use their profile for both personal and professional connections to maintain that in one place.”

The subscribe button is also experiencing recent adoption based on current events.

“In the last month, the adoption among political correspondents has certainly increased with the elections heating up,” said Lavrusik.

As conversations about who will become the Republican candidate and run for president, along with the State of the Union Address and President Obama’s defenses heat up on Facebook, so do the journalists who want to be a part of it all.

Check some more of the stats on how journalists are using Facebook’s subscribe button below: