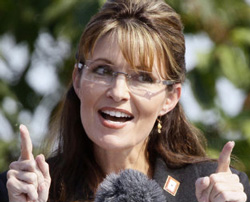 A report published Monday by Internet analytics firm Hitwise says that Facebook users are clicking over to mainstream broadcast media sites far more than they do to Internet-only news and media brands.

Top clickthrough? The Weather Channel’s US site. Hitwise says traffic from Facebook to broadcast media sites has more than doubled since a year ago.

In fact, link clicks from Facebook to Fox News — which added former Vice Presidential candidate Sarah Palin as a commentator in January — outnumbered those to Google News. One obvious explanation is that the Fox links go to specific pages, rather than to a search results page on Google.

Hitwise analyst Heather Hopkins offered this insight into the numbers, but no clear takeaway:

Do Facebook users prefer Broadcast Media? I ran a correlation analysis to try to figure out if the amount of traffic Facebook sends a site is related to the number of fans a brand has on its Facebook page. I found no such correlation. (For the analysis, I used downstream visits from Facebook to 23 top News and Media websites excluding news aggregators and compared this to the number of fans on the associated Facebook page.)

A colleague pointed me to an article in the New York Times suggesting that social networks are creating a water cooler effect and actually boosting viewership of broadcast media. Is Facebook the new water cooler and if so, how can print media capitalize on this trend?