Annual conferences hosted by tech giants can generate lots of headlines — some predictable, some surprising. At F8 2017, the company shared experiments for hearing with your skin and writing with your brain. This year, in another wow moment, Facebook shared plans to use artificial intelligence to stitch together VR environments reconstructed from albums of your old photos and videos.

“You pop on a VR headset and you’re there again, walking around, looking around corners, seeing the places where your memories happened. Maybe it’s in your childhood home. It’s like a Facebook album that has come to life,” Facebook head of social VR Rachel Franklin said during an onstage sneak peak. “Most magical of all, you’ll be able to go into these moments together with the people you care about.”

Franklin also shared plans to let users transform average 2D photos into 3D on Facebook in the coming months, and the ability to use the Facebook app camera to bring 3D objects into real life. Franklin did not share when Facebook users would be able to recreate memories using VR. 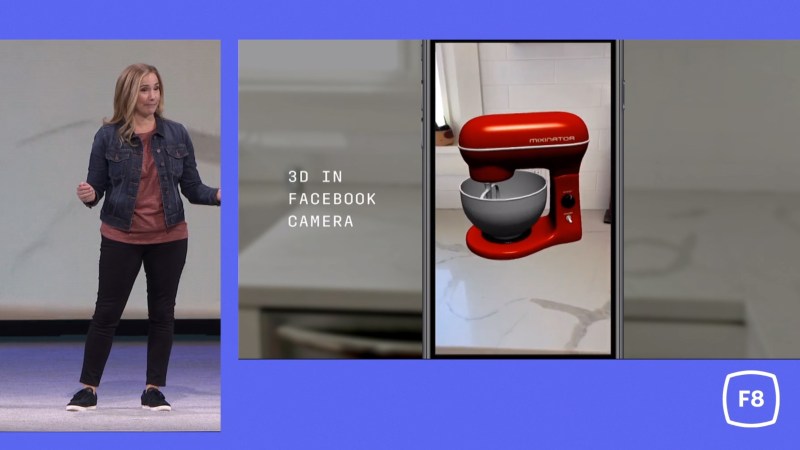 The news comes the same day as a series of augmented reality and virtual reality announcements by the social media giant.

Following the release of AR Studio at F8 last year, augmented reality is coming to both Facebook Messenger and Instagram, and Oculus Go, the $199 standalone VR headset, goes on sale for the first time today.