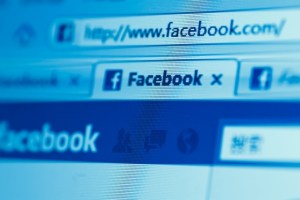 On the heels of Digg’s demise, Facebook is rolling out its Digg-killer feature: a recommendation bar that shows you articles from around the web based on what your friends are reading.

“As a person reads an article, a small pop-up surfaces at the bottom of the screen, highlighting recommended articles and prompting them to like the page,” writes Facebook engineer Jeffrey Spehar on the company blog.

“Recommendations are based on content that friends have explicitly liked and shared in your app or website. … Just as how the Like button works now, when a person likes an article using the Recommendations Bar, a story is published back to their timeline and friends’ news feed.”

The pop-up appears in the bottom left side of the screen; we’re seeing it live on Facebook now, as a matter of fact, and it looks something like this: 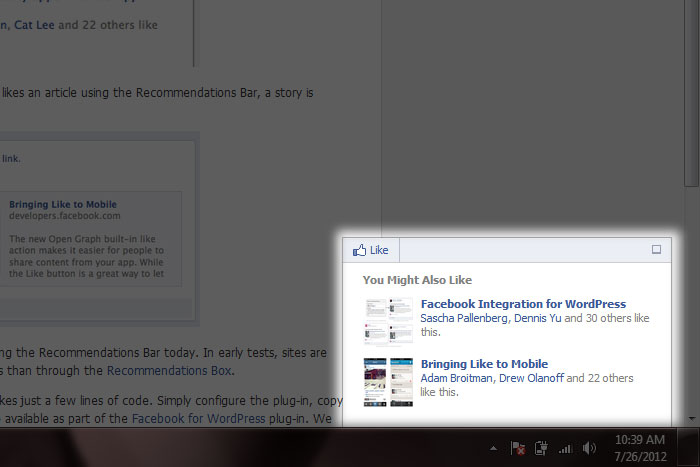 For publishers and developers, Spehar says, integration is simple, requiring “just a few lines of code. … The functionality [is] also available as part of the Facebook for WordPress plug-in.” The developer also says initial partners are seeing a threefold increase in clickthroughs.

Of course, Digg itself is getting ready to relaunch on August 1 in what acquiring company Betaworks called “the first step towards (re)making Digg the best place to find, read, and share the most interesting and talked about stories on the Internet.”

But given Facebook’s growing hold on the Internet’s general population, this one feature might prove to be some serious competition in that department. Digg is slated to be rolled into Betaworks’ existing News.me product, which aggregates news articles shared on Facebook and Twitter.