Parse today announced Push Experiments, a new feature to help developers A/B test push messaging ideas. The Facebook-owned company explains that by letting app makers use its real-time Parse Analytics data to see which is the most engaging notification, they can decide on the best variant to send.

In short, Parse Push Experiments lets you figure out what will give you the best results. You can even A/B test when to send push notifications, not just what they will contain. This can be useful whether your app sends a daily push notification and you want to see which time of day is more effective, or whether you have big news that you want to serve to as many eyeballs as possible. 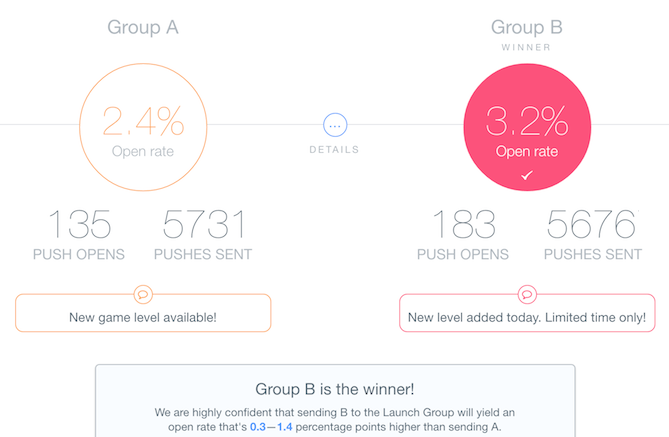 Push A/B testing works with existing Parse SDKs. It requires version 1.40 or higher for Android, version 1.2.13 or higher for iOS, or version 1.2.7 for .NET. To try it, simply use Parse’s Web push console and enable the “Use A/B Testing” option on the composer page. 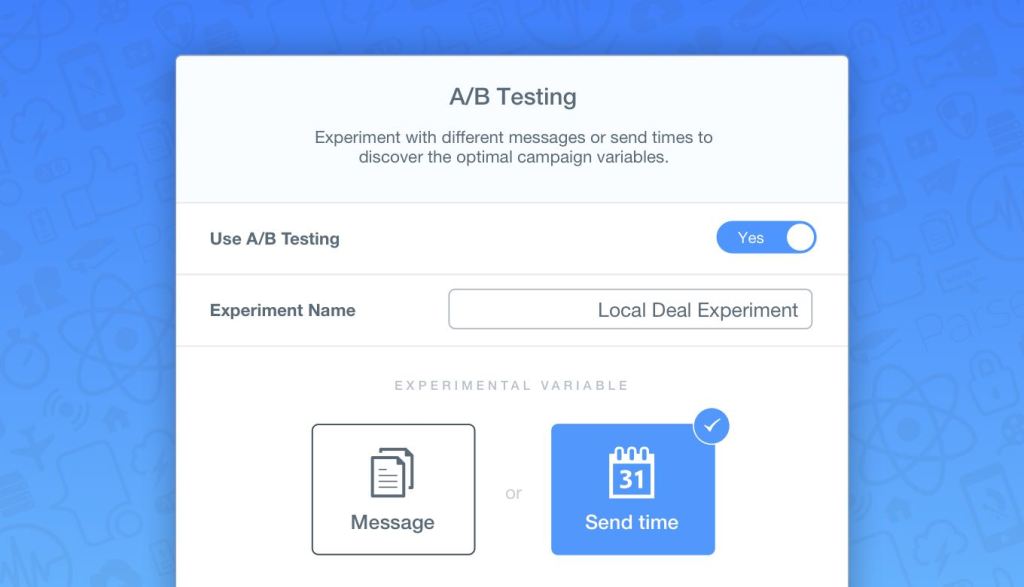 The third step is worth expanding on: You can constrain your A/B test to run only within a specific segment of your users. That also means you can send location-specific messages.

A/B testing works with Parse’s other push features, including push-to-local-time, notification expiration, and JSON push content for specifying advanced properties. Parse also shared today that apps have sent 2.4 billion push notifications with its tools in the past month alone.

Push notifications are the best way for developers to re-engage users in their mobile app. Facebook wants to help them do that so it can become the de facto company for mobile developer tools.

Of course, it’s not the only one, but Facebook does have one major area of motivation. The company now generates two thirds of its revenue from mobile.