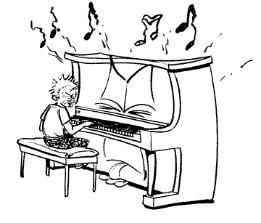 Leading social network Facebook is considering the possibility of streaming music to users on its site. But its ideas for how to execute the plan could fly in the face of how music record labels typically license their artists’ content.

In order to avoid having to pay hefty royalty fees itself, Facebook has approached a number of streaming music services about a potential partnership, sources have told us and other publications. The idea is that the partner would use its existing licensing deals with labels to legally stream music on to the social network. Facebook’s not saying anything specific about its plans (and I’m told Facebook may scratch them entirely).

Meanwhile, an off-the-record source familiar with labels’ licensing practices has pointed us to a few very serious-sounding obstacles to any sort of streaming music partnership:

Sublicense? It’s not clear if any company that currently licenses music from labels in order to stream also possesses the right to sublicense its service to third parties. Facebook and the partner would almost certainly have to go back to the labels and explain the partnership to them. The labels could then be in a position to demand payment directly from Facebook in order for the deal to go through.

Acquisition? What if Facebook just out-and-out bought a company with a streaming license? Same as the first problem, basically. The licensing contracts almost certainly have change-of-control provisions that would force Facebook to sit down at the bargaining table and pay up.

License time frame? Facebook is full of smart people, so maybe the company could find a way to navigate through one of the first two scenarios. The end game would likely be the same, our source says. Record labels typically don’t provide licensing deals that last more than a couple of years. Any streaming music company that Facebook has been talking to most probably has a license with an expiration date coming up relatively soon. Worse, any sort of relationship with Facebook would take half a year or more before the streaming service went live — more time will expire on that license before users could get their streaming music.

Sure, sometimes labels negotiate with companies for other forms of compensation. How did Facebook’s big rival, MySpace, manage to pull off launching the MySpace Music service? The labels sued the social network, and it gave them equity as part of the settlement before Music launched.

So, would labels want Facebook stock? Would Facebook want to give it? Would Facebook otherwise want to be saddled with the cost of direct streaming licensing? Streaming music doesn’t typically generate a lot of revenue, as some have already pointed out; we shall see if Facebook is willing to pay to play.