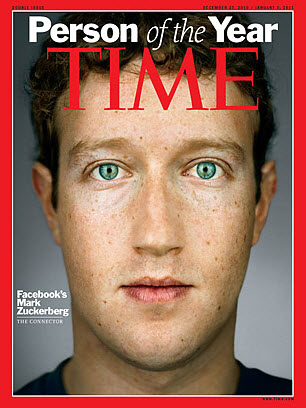 This would have been an awesome sight to see. Facebook’s baby-faced billionaire chief executive met with some of China’s top technology executives on a trip this week that was officially a vacation.

The encounter is intriguing, considering that China has a huge social networking market, but Facebook is shut out of it because of government censorship. Zuckerberg would love to get access to that market, but it won’t be easy to figure out, given the trouble companies such as Google have faced in the Chinese market.

The 26-year-old leader of Facebook has said he wants to get into the Chinese market, but one of his first tasks in doing so is to learn about the market by visiting and by learning the language. Of course, charm alone isn’t going to budge the Chinese censors.

“Before we do anything there, I’m personally spending a lot of time studying it and figuring out what I think the right thing to do is,” he said earlier this year. “It’s such an important part of the world. I mean, how can you connect the world if you leave out” China’s population of more than one billion people, he said.

It can’t help but conjure images of Nixon in China, although the conversation might seem more like a surfer dude meeting the Chinese leaders. China has 420 million internet users, which is more than any other country. Analyses International says that China’s social networks had 176 million users in 2009.

Facebook has more than 500 million users, about 70 percent of them outside the U.S. Facebook entered China in 2008, but it was quickly blocked. Zuckerberg has been treated like a celebrity in China and photos of his meetings have been widely circulated on the web. He’s now become a familiar face worldwide, after being named Time Magazine’s Person of the Year last week. And his founding of Facebook is the subject of the hit film The Social Network, which is available on pirated DVDs in China.