Last week, the health insurance giant Aetna said it would discontinue its CarePass consumer health data platform by the end of 2014. And when a player as big as Aetna dumps its health data platform, it’s cause for discussion, if not concern, in digital health circles.

Numerous startups and a few big tech players are building similar aggregation platforms. Lots of developers want to build apps that pull data from them. And investors are trying to understand the profitability and sustainability of the platforms.

CarePass is not an app; it’s a place in the cloud with a bunch of application programming interfaces (APIs) to connect and receive data from a variety of health wearables and apps. So an Aetna member (or a nonmember) might store their running app data, weight numbers from their connected scale, steps from their Fitbit, and data from her diet app all in CarePass. This is exactly what emerging platforms from Apple, Google, and Samsung will do.

Consumer health data aggregation platforms are nothing new. The Validic platform connects with 114 apps and devices. It’s been around for years, and it has far more experience and health data than the newcomers.

The main reason CarePass never took off is simple. It never caught on with Aetna members and other consumers. “When you talk to people associated with it you hear that they couldn’t get the user numbers, so they repositioned it for employers, but that apparently didn’t work either,” Forrester analyst Peter Mueller told VentureBeat. “The market wasn’t ready for it.”

Asked how many Aetna members regularly use the CarePass platform, an Aetna spokesman told VentureBeat that it doesn’t release that data. The spokesman sent an email stating that 100 million people have downloaded the apps that integrate with the platform. But that number is just a tallying up all of the people who have downloaded CarePass partner apps — it says nothing about how many Aetna members regularly report health and fitness data into the platform.

Mueller points out that some of the problems with CarePass came from inside Aetna. “It didn’t have the buy-in from all parts of the organization,” he said. And expectations were high. Mueller says CarePass had its own profit/loss, and Aetna expected the platform to demonstrably improve member health enough to justify investment in the platform.

I asked the Aetna spokesman if his company had ever held discussions with Apple or Google about integrating with the Health Kit or Google Fit platforms. He said no such talks have taken place. But the coming of those big health platforms may have contributed to Aetna’s decision to shutter CarePass.

“My own quick speculation is that they decided that competing with HealthKit is a losing proposition,” says Doximity chief executive Jeff Tangney. “At the end of the day, CarePass was designed to make Aetna more attractive for patients choosing Aetna versus United Healthcare and others. It probably didn’t work that well, so they’re giving up.” Doximity provides a LinkedIn-like online community for health care providers.

And CarePass had the problem that all consumer health data platforms must wrestle with: how to analyze and package the data in a way that’s going to useful to doctors and other caregivers.

Aetna apparently hoped that its members would start tracking a bunch of data on CarePass, get healthier, and start using fewer health care services. But caregivers couldn’t use the data to help keep tabs on their patients’ health. “It wasn’t built to integrate with the electronic health record,” Forrester’s Mueller said.

Mueller references the fact that Apple says it’s working with the EHR provider Epic. It remains to be seen how meaningful Health Kit’s integration with the Epic clinical record will be.

To some the crossover of consumer health data to actionable clinical data is the real hope for the new platforms. “Making a person’s health and activity data available in one place is a start, but it doesn’t become actionable until you inject personalized feedback to make the data relevant,” says cardiologist Samir Damani, whose company, MDRevolution, is now developing an app that will integrate with Apple’s Health Kit. 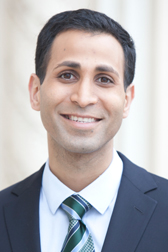 Damani believes that feedback must come from the app itself, driven by clinical intelligence that can determine if a given health metric has wandered out of the healthy range. He also believes that others on the multidisciplinary team of caregivers must be able to make sense of the data and act on it.

“Empowering the user over time with the support and guidance of physician extenders, like nurses practitioners, fitness specialists and nutritionists, is the only real way to change behavior over time, whether the goal is to prevent or reverse chronic disease,” Damani says.

There’s a possibility that the CarePass platform will become associated with Aetna’s iTriage app, which currently has people input symptoms or health questions and get answers on their phone. It also helps them find medications, diseases, and medical office locations. The spokesman said Aetna has plans to expand iTriage, possibly to include certain telemedicine applications.

The people who worked on CarePass, the spokesman said, are being moved to various different places in the company.