First-person shooter games are one of the best genres for virtual reality, as the games become much more realistic and immersive when you are looking around in 360 degrees for things to shoot.

Farpoint utilizes a Sony PlayStation Aim Controller, which is a lot like holding a plastic gun in your hands while you wear the PSVR headset. 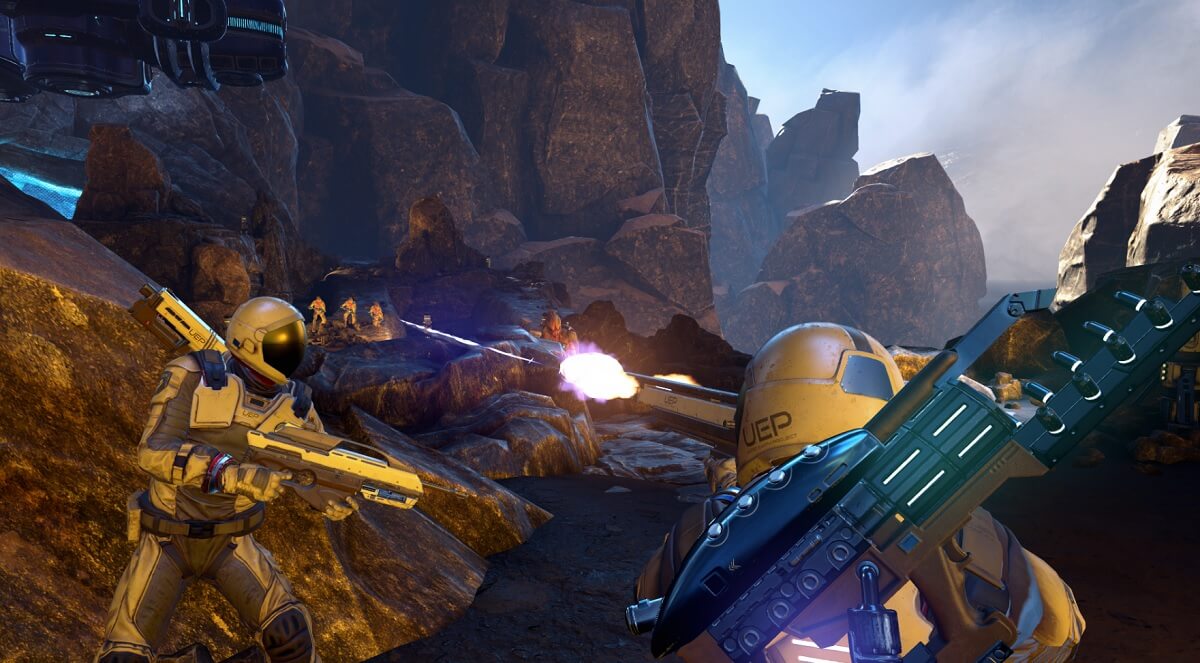 Above: Farpoint is a shooter that uses the PlayStation Aim Controller.

The shooting is fairly accurate, as you have both a physical plastic gun in your hands and a scope on top of the gun to view targets.

The game set on a moon-like alien planet. You’ve been sent to pick up some scientists studying an anomaly near Jupiter, and a rupture sends you and the space station crashing into an unknown alien world. Separated from your crew, you must use holographic logs scattered throughout the landscape to reunite with the scientists.

Of course, you can only deal with the aliens by blasting them. I played in a two-person co-op game with Seth Luisi, cofounder of Impulse Gear. We went into the Grotto map, where there were lots of different kinds of enemies. Some were humanoid with guns, and others were bug-like. There were some Lady Bug-like, snail-like creatures that lobbed bombs at me. There were also flying drones that fired rockets. And there were spiders that crawled out of the ground and tried to bite me. 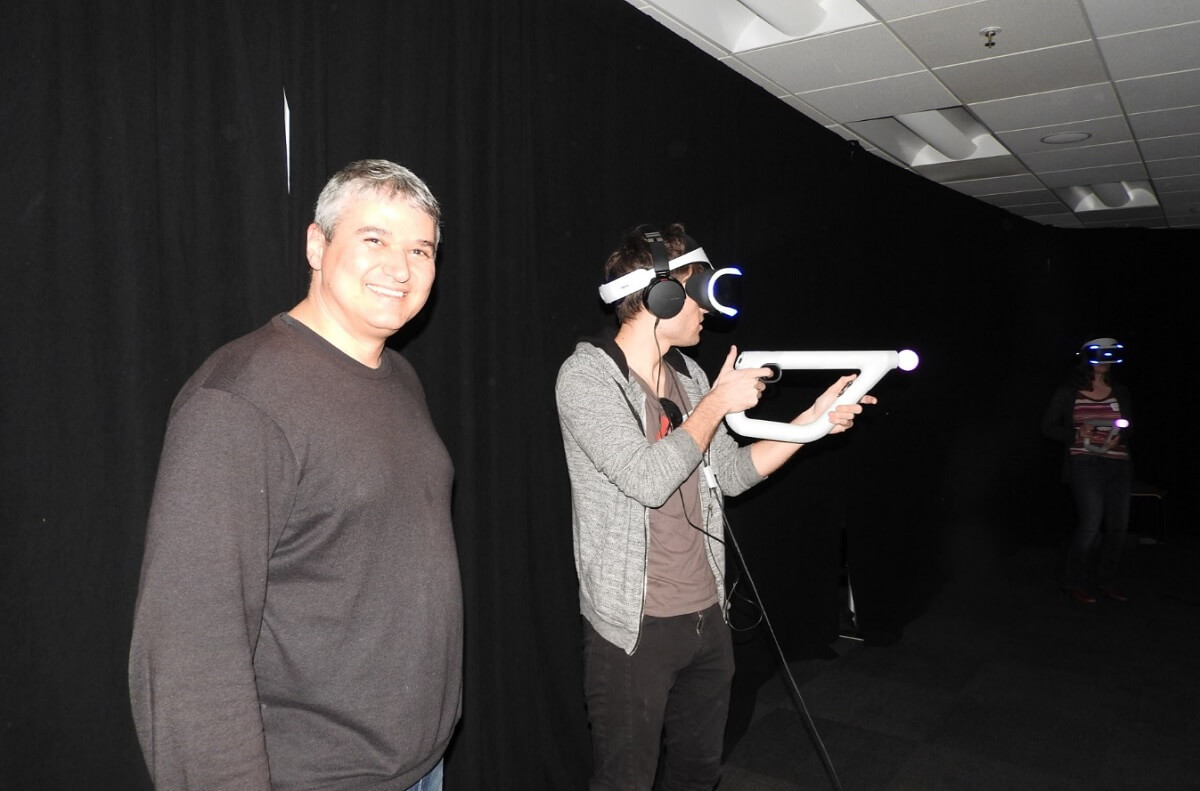 Above: Seth Luisi, cofounder of Impulse Gear, maker of Farpoint on the PSVR.

The weapon had no aim assist. You look down the gunsight to get a sniper-like bead on the enemies. But I used my eyeballs to fire more freely. The tracers from the bullets helped me adjust my fire to move quickly onto the targets.

At first, I tried to shoot the enemies head-on, but they fired back fairly accurately. So I had to hide in the rocks and recover. Then I moved to outflank them, but they were well hidden in the big rocks. I returned to the middle and rushed them. That was a mistake, and Seth had to come revive me. I made the same mistake a second time, and that time, I bled out and we had to start over.

The next time, we made it a few levels into the co-op map. I picked up a couple of rockets that I could fire at big groups of enemies. They didn’t work as well as I had hoped, and I had to revert to my assault gun. The gun didn’t run out of ammo, but it did overheat. I had to run around and hide while I recovered from my wounds. I had to get healed a couple of times in that match, and I even had to heal Luisi once. 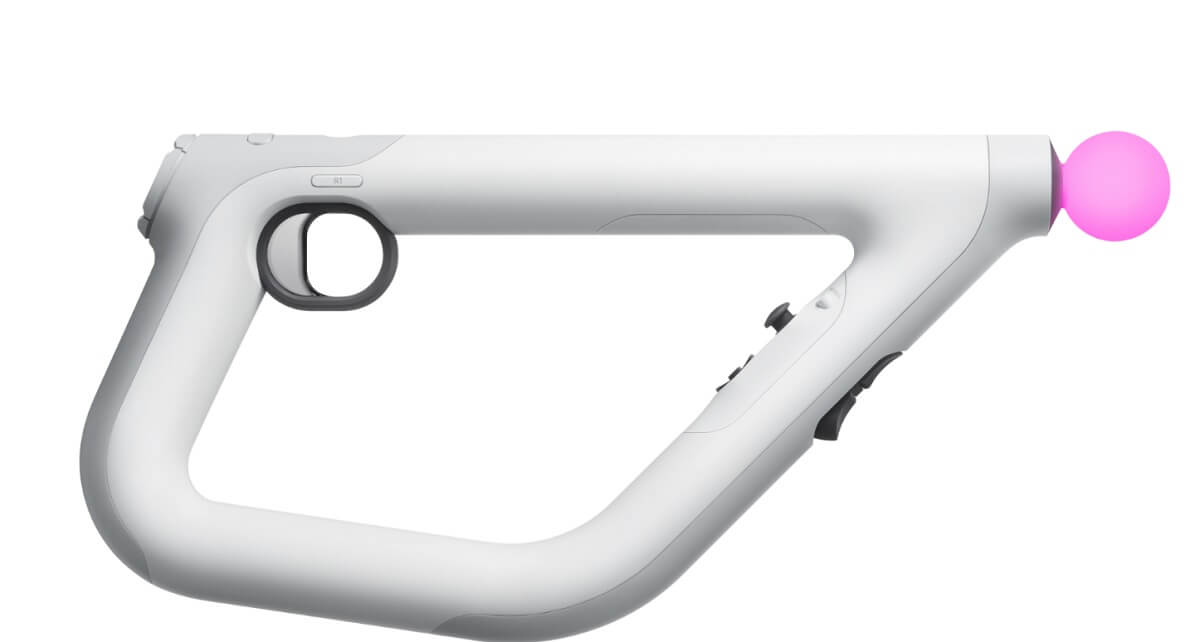 There are five weapons, including a charged rifle (sniper gun) and a plasma rifle. You have to reload, but you don’t run out of ammo.

Luisi said the team of 15 people has been working for a couple of years on the game. It has a single-player campaign that lasts six to eight hours, which is a longer game for a VR title.

The game debuts on May 16, 2017, on the PlayStation VR. It requires a PlayStation Plus membership.