In spite of years of 50 percent annual growth, marketing automation is still the new new thing for almost all companies in America. 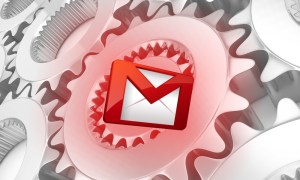 So new, in fact, that a huge percentage of sales for at least one major marketing automation vendor are noncompetitive — meaning that no other vendor is bidding for the business.

“We see only about 3 percent penetration in non-technology midmarket companies,” Act-On CEO Raghu Raghavan told me this morning. “And the high-end of the market — above $500 million in annual revenue — is only about 20 percent penetrated.”

VentureBeat’s Marketing Automation Index is now available. See the announcement here, and get the report here.

That’s good news for the marketing automation industry, which is already a billion-dollar sector and has recently seen significant consolidation with major software companies such as Oracle acquiring Eloqua, the pioneer and grandaddy of marketing automation solutions, and Salesforce acquiring Pardot (with Exact Target) in 2012.

It’s also good news for Raghavan, who sees the really ripe fruit where many Silicon Valley companies might just miss it.

“For the last three years we’ve been tripling in size,” he said. “We have the advantage of being outside Silicon Valley — we didn’t think we had to spend all the time in the valley fighting all the valley companies — and we built a company sharply focused on making the middle market successful.”

The “middle market,” to Act-On, consists of companies that are less than $500 million in annual revenue but are focused on growth. That’s about two million companies, representing between $6 billion to $8 billion in market opportunity. And almost none of them, outside the tech companies, have invested in marketing automation to date. 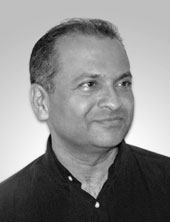 That gap is Raghavan’s sweet spot, and it’s responsible for the 2100 customers the company has acquired in the last four years in industries like manufacturing, agriculture, insurance, and finance, in addition to the usual marketing automation customers in SaaS services and online retail.

The good news, for the entire marketing automation industry and not just Act-On, is not only that there’s a huge blue ocean of growth opportunity. It’s also that while the vast majority of midmarket companies have not yet adopted a specific solution, many have heard about the field, and they’re actively attempting to meet the need.

“About 50 percent of the deals we do are not competitive — and we don’t have to educate them on marketing automation,” Raghavan told me. “They’re trying to cobble their own systems together.”

Only a quarter of Act-On’s deals run up against other vendors — invariably Pardot, Marketo, or Hubspot — and another quarter are competitive with email marketing vendors such as ExactTarget.

That means that marketing automation vendors hitting the underpenetrated midmarket should have tremendous success over several more years as they target virgin territory.

Check out our VentureBeat top 10 “superheroes” of marketing automation.