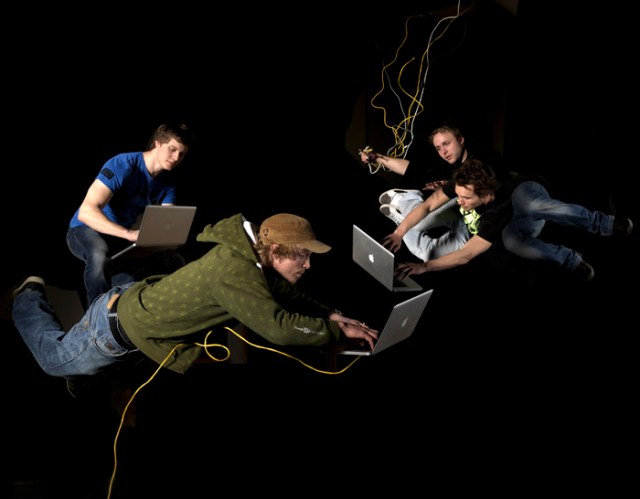 When Halvor Gregusson got off the stage, an audience full of Silicon Valley entrepreneurs and investors was cheering and the moderator was giving him a high-five.

Pretty good for a two-minute pitch about a time-tracking tool from a Norwegian startup.

Gregusson’s company, Yast, took the top prize in the Fast Pitch competition today at Under the Radar, a conference held in Microsoft’s Silicon Valley headquarters. The competition, co-sponsored by VentureBeat, gave eight startups (selected from a field of more than 100 applicants) just two minutes to make their case before a panel of four judges, one of which was me. The judges then had two minutes to give their feedback. We showed our votes by holding up one of three pictures of David Hasselhoff, ranging from “Oy vey!” to “Awesome!”

Gregusson’s pitch won the near-unanimous approval of the panel. How did he do it? Impeccable timing, a sense of humor and a continuous soundtrack (taken from the movie The Rock, he told me) that was perfectly integrated into the points of his slides, which auto-advanced as he spoke. (You can watch Yast’s presentation on UStream — it starts around the 8:00 mark in this video.)

In other words, he created a killer presentation, added a soundtrack, and rehearsed it until his timing was perfect. No pushing buttons, no pauses to say “um,” no PowerPoint slides with bullet points.

Yast offers a simple, web-based time tracking service: You just click and drag in a timeline to record how many hours you’ve worked on a project. The company is currently testing a mobile web service that automatically tracks your hours without your having to do anything except bring the web page up on your smartphone. It’s HTML based, not an app, and appears to work with any smartphone, including iPhone, Android and Windows Phone 7.

Gregusson’s presentation is based on a 6-minute pitch he gave at a Norwegian startup competition, which had 66 slides and a similar musical soundtrack. It, too, got the audience cheering, he told me.

He’d made this presentation after getting low marks from the judges in a previous competition. “We’re never going to invest in this,” one judge told him. At the same time, the judges gave glowing marks to other competitors.

“So I decided I’m going to go back and tell the story of how we made it and the others didn’t,” Gregusson said. “I said, ‘I’m going to make the best presentation you’ve ever seen.'”

At today’s competition, I was the only judge who gave Gregusson a less-than-enthusiastic vote, and I held back only because the presentation was so good that it wound up distracting me from the content. As I told Gregusson, “I have no idea if this is a good business or not, but that was a fucking awesome presentation.”

Still, it was a convincing demonstration that presentation skills matter. That applies whether you’re trying to get the attention of a panel of jaded judges, a roomful of entrepreneurs or a boardroom with venture capitalists around the table.

“You will remember this as the day that a Norwegian time tracker won best in show. You’re not going to see that every day,” Gregusson said.

The runner-up was a startup called 71 Lbs., which helps small businesses consolidate shipping information between UPS, the US Postal Service, Fed Ex and DHL, and cut shipping costs. The subject is a bit dry, but it solves a real problem and offers businesses measurable cost savings. That’s pretty good for a service that’s free to use.

Tying for third place were Ecquire, a company that automates the process of moving data from Facebook, Twitter and Gmail into customer relationship management systems; Rentcycle, which hopes to facilitate rentals of things like tools, bikes and tuxedos from retail rental shops as well as individuals; and Matygo, a learning management system that combines video lectures, online courseware and other tools to help people learn programming skills and other subjects.

Other judges included Christine Legorio, the executive editor of Inc.com; Chris Tolles, the CEO of Topix; and Mark Silva, an executive vice president with Anthem. That high-fiving moderator was David Berlind of TechWeb.

All in all, it was a fast-moving, entertaining and sometimes exciting 40 minutes. More startup pitches should be structured like this.