Fastback Networks said it has raised $15 million in a third round of financing so that it can help build better infrastructure to support the skyrocketing demand for more bandwidth on mobile data networks.

The San Jose, Calif.-based company aims to give us all “freedom of location” via better mobile data access on our smartphones, tablets, and laptops. The company makes “LTE backhaul radios,” which can patch wireless broadband networks in places where fiberoptic wired networks aren’t practical.

Fastback plans to use the money to expand its customer service, support, operations, marketing, sales, and product development. It’s goal is to sell its solution to carriers that are expanding their networks to deliver Long-term Evolution (LTE) voice-data networks that can handle our growing penchant for video calls and selfies.

Fastback has certified its technology with the Federal Communications Commission, and it has deployed in multiple large carrier networks in five of the biggest U.S. cities. The company has raised $41 million to date.

“Fastback has rapidly established itself as a leader in the LTE backhaul market,” said Mark Lotke, the managing partner at Harmony Partners, in a statement. “Fastback’s superior technology and significant early traction position the company for exceptional growth as the explosion of mobile data usage continues to drive transformation of LTE infrastructure.”

Fastback said it has the capability to deliver on technology that will make “small cells” practical. Right now, the world has more than 5 million macrocells, or fiber-connected cell sites that can handle the world’s voice and data traffic. The small cells are expected to offload a lot of the work the macrocells do into smaller networks, such as Wi-Fi schemes, that handle the needs of users in a smaller cell sizes such as the neighborhood cafe.

Fastback provides what it believes is a vital connection between the macrocells and small cells: a wireless radio technology that can glue together the small Wi-Fi networks with the larger sites. Fastback chief executive Kevin Duffy said in an interview with VentureBeat that the company will use the money to scale its operations and expand customer trials with major carriers.

Fastback has created small cell “backhaul” data transfer technology — the Fastback Intelligent Wireless Transport solution — to bring together LTE carrier (licensed) networks with unlicensed Wi-Fi computer networks. Backhaul technology is for connecting infrastructure with big data pipes. Fastback’s patented technology can deliver data transfer speeds for small cells that are equivalent to the speeds of fiberoptic networks. The radio networks do not have to be within line of sight in order to transfer data from a small cell (Wi-Fi network) to a macrocell, which is connected to a fiber network. This so-called “any line of sight” technology means that mobile network operators can deploy small cells in any location without line of sight or access to fiber.

Companies crave this technology not only because of the need for mobile data transfer but also because of the increasing transfer of video over networks and the pending improvements to voice technology that are coming that should make cellular reception as good as landlines. 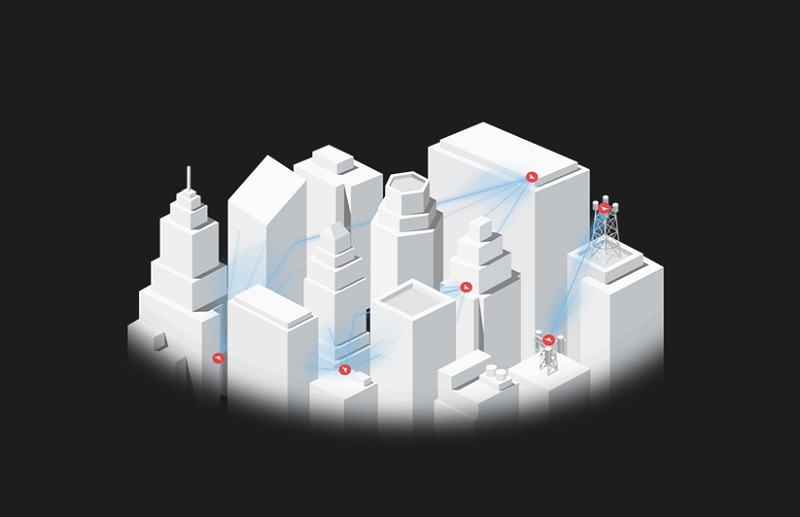