Networking and community sites focused on local markets have not yet produced a major success, (and there have been a few failures) but investors continue to pour money in.

Fatdoor, which we covered here, takes a controversial approach: It mixes phonebook data with maps from Microsoft Virtual Earth to pre-populate its site with basic profiles of everyone in many Silicon Valley communities. You are represented on the site by a pushpin in front of your house, and friends and neighbors can edit your wiki profile without your knowledge. Joining is by invite-only.

This investment is a risky one: the site is still in its initial closed (alpha) phase and has not expanded beyond Silicon Valley. It’s not clear what kind of traction it will get when it tries to extend beyond the tech savvy world. But the team, which includes former high-level employees of Microsoft and has just added a former Yahoo! Executive as CEO, is strong, and VCs like to bet on strong teams.

The company is based in Palo Alto and previously raised $1 million. 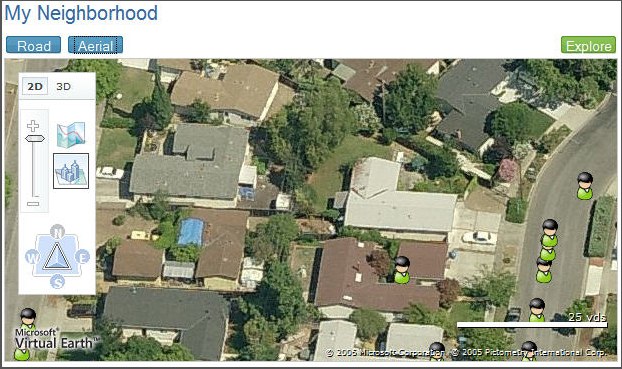