Fates Forever, a new multiplayer online battle arena game (MOBA) for tablets, debuted on iOS last week. The title has gotten good reviews and hundreds of thousands of downloads. That makes Jason Citron, the founder of OpenFeint and the chief executive of game studio Hammer & Chisel, quite happy.

The title is the first game from a studio that Citron said would focus on games for the “post-PC era.” That means that he is designing the game to work on the sharp displays and touchscreens of tablets, rather than for a mouse and keyboard.

Some players will turn their noses up at tablet games. Many feel like mobile isn’t quite up to the task yet, but with so many devices selling, Citron feels like it’s an untapped market. And that hardcore gamers will migrate to the tablets. So far, so good. The game has cracked into the top 100 categories in “action” and “strategy,” and it is climbing in the rankings.

GamesBeat: It sounds like your launch has gone pretty well. How has your game been received?

Jason Citron: Better than we thought. We’ve gotten a lot of positive feedback and reviews from the press. Pocket Gamer liked it. Penny-Arcade gave us five out of five stars. IGN did a video review and played the game for 30 minutes and really loved it.

The one that we enjoyed the most was Gabe, the artist from Penny-Arcade, he wrote about the game very briefly last Monday in one of his weekly roundups. Then he tweeted about it a couple of times and wrote about it again on Friday in a full-page article. He shared his username, so we looked and saw that he’s already played tens of hours. He’s totally addicted.

We have hundreds of thousands of players who’ve tried the game. Many of them are really into it. Some of them, we’ve heard, have given up Hearthstone and switched to Fates, which is pretty cool.

Citron: It is. Hearthstone is an amazing game. I’ve spent a lot of time and money on it myself. They’re doing much better than we are so far.

GamesBeat: You could also think of them as a much different category.

Citron: That’s true. It’s a much easier game to get into, a more laid-back, casual game. Especially compared to a MOBA, where you’re tapping your fingers on the screen for a few moments of intense action. It’s just cool to be even spoken of in the same sentence as them. It means we’re in good company. As a game developer, an entrepreneur, and a fanboy, it’s cool to hear. 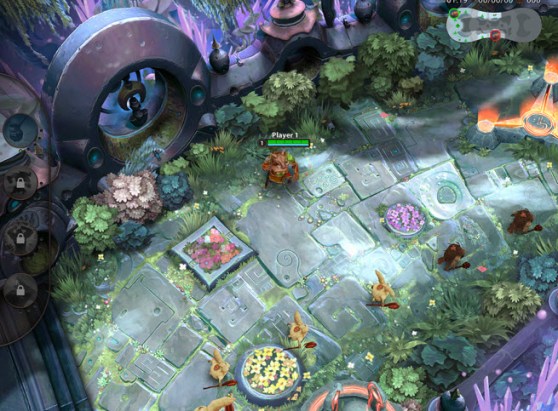 GamesBeat: Can you talk about how long ago you guys got started? What was the whole process like for you?

Citron: We started working on Fates Forever specifically in December 2012. It’s been about 18 months. It was not the first project we did as a company. We had another prototype that we worked on for a while, but we canned that, and then we did Fates.

We soft-launched the game last July in eastern Europe to start getting feedback, and since then we’ve rebuilt everything in the game a few times. We’re still doing that.

GamesBeat: That’s a pretty short time by triple-A standards, but it’s a long time by mobile standards. How did you figure out exactly what you needed?

Citron: It’s a good question. We just worked until we thought it was done enough. I can’t say that when we started, I said to myself, “We’re gonna take 18 months to do this.” I very intentionally ran the project in a way where we would be able to get feedback early, so we’d have a good sense of when it was complete enough to launch.

That’s why we soft-launched so early. Every time we released an update in the soft launch, we would see how people responded. We would look at it as artists ourselves and think, “Is this good enough yet?” We’d constantly compare the qualitative feedback from our players to the data on their behavior and our own intuition as artists. “Okay, should we launch? Should we launch?” Eventually we got to a point where we said, “Okay, we can launch now.” That just happened to be about 18 months.

GamesBeat: How large a team did you build?

Citron: We’re pretty small. We’re 14 people – five engineers, seven artists, a designer, and a community manager. But I’m very lucky and very humbled to work with people who are so talented. Our office is located in Burlingame, but we also have an office in Dallas. Our 3D art team is in Dallas and the rest of the company is in Burlingame.

GamesBeat: Was there any sort of model that you could look to and say, “This is what we want to do”? Or do you feel like this was something brand new?

Citron: We definitely looked at PC gaming. The original vision behind Hammer and Chisel was to bring PC gaming to post-PC devices. We think tablets are the right place to start. The model we were looking at were games on computers that people love to play. What makes them work? What ecosystem exists around them? What needs to happen for them to show up on these devices that billions of people are going to have access to, people who might not have access to PCs?

We tried to figure out what kind of games that already work on the PC would also work on tablets. This is a bit of a tangent, but I don’t think you get new game genres very often. Genres are reflections of the way our brains are wired. The human brain doesn’t change that much. As technology changes, it gives us the ability to make new types of game experiences, but rarely do you get a totally new genre. So we didn’t say, “What’s a totally new genre?” We said, “What genre exists on PC that we think we can do well on the tablet?”

We picked MOBA because it’s very popular. It’s culturally in vogue. I thought we could do a good job of it on a tablet, and I guess we did. 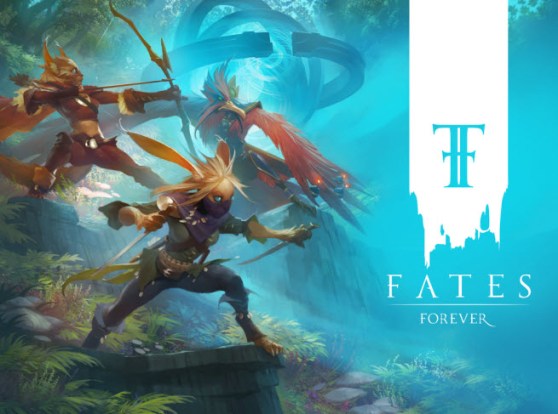 GamesBeat: Did you go down any paths that were dead ends? Did anything make you turn around substantially?

Citron: Sure. Originally, we started by working on a tower defense game. I had thought, “Tower defense games are great. People love playing them on tablets. Maybe we can make a tower defense PvP game and capture the spirit of PC games that way, through a genre that’s popular on tablets.” After a few months of experimenting with the genre, though, I concluded that a PvP tower defense game wasn’t going to be very much fun. The things the player has agency over and how much you can pay attention to and how much you can affect in the world and the length of the feedback loops, they just didn’t work to make multiplayer competitive.

After we canned that idea, we moved to a game more like League of Legends, where you have a character in the world that you have agency over. It solved a lot of the problems that we discovered with the tower defense game.

For Fates Forever specifically, we remade a lot of different things. The experience of building a game is very iterative, at least the way that I do it. I feel like I have to rebuild the game before I know if it’s great. You have an idea and you build it, and then you’re 80 percent of the way there. Then you think, “Okay, if we change this, this, and this, then we’ll hit the bullseye.”

I found that we’ve done that with almost every single part of the game. We built five or six different control schemes before we landed on the one we’re using, with the rubber-band skill shot. How the lobby looks, how character selection works. We went through three different technology stacks before we found something that was great. We’ve redone all the character models at least once.