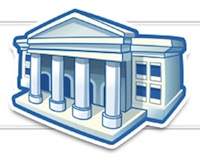 The Federal Communications Commission just closed its first round of comments on proposed regulations governing net neutrality, the principle that Internet providers must treat all their traffic equally. Important organizations on both sides of the debate have sent in their thoughts, and while I’ve only read a few of the comments myself (there are supposedly more than 10,000 on each side), I’m going to quote them anyway since they provide a sense of the larger debate.

These kinds of rules should have pretty far-reaching effects (hence the large number of comments), but the immediate instigation for the debate was the FCC’s order that Comcast stop slowing downloads for customers who were doing peer-to-peer filesharing. Comcast objected, saying there aren’t any laws or regulations giving the FCC this kind of authority, to which FCC Chair Julius Genachowski responded, You want regulations, we’ll make regulations! (Those aren’t his exact words.)

With that history, it’s not too surprising to see the Recording Industry of American Association come down against neutrality, since it wants folks like Comcast to crack down on file-sharers. Althhough its rhetoric isn’t just about protecting the music industry:

Likewise, it’s not surprising that the Electronic Frontier Foundation, a nonprofit advocating for freedom of speech and privacy online, took the opposite stance. The EFF offered a caveat the FCC should wait for Congress to pass a law on this, rather than creating regulations on its won, but also said:

Google and Verizon took a more complex stance — “nuanced,” if you’re feeling generous, “convoluted,” if you’re not. While the two groups took implicit swipes at each other in separate statements (Verizon said Google executives are gung-ho about net neutrality because they want “to lock in place through regulation advantages they have established for themselves”), they also said they’ve reached common ground about protecting “the open Internet.” Instead of taking a strong stance for or against net neutrality, they suggest the creation of a technical advisory group that can make a lot of these calls.

“Federal authorities should be able to address bad actors on a case-by-case basis where market forces and self-governances are inadequate,” they wrote.