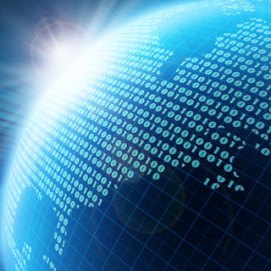 The Federal Communications Commission has kicked off highly-anticipated hearings about the $7.2 billion stimulus package for rural and underserved broadband services. Unsurprisingly, there has been much debate (and no small amount of teeth-gnashing) about how to best invest this chunk of taxpayer-funded largess.

“This is a huge deal… Broadband is the central infrastructure challenge of the early 21st century,” stated acting FCC chairman Michael Copps. “If done right, it will be the most formative proceeding in the FCC’s history.” He couldn’t be more on point. In fact, this is the first time that a government agency is taking a good hard look at the situation — and is all but required to deliver feasible results.

Basically, the comission has been charged with devising a plan to extend broadband service to every American. The task encompasses a host of issues — affordability, modes of adoption, evaluation and maintenance, etc. But as many have pointed out, there is not a single issue or policy area that broadband development doesn’t touch. Health care, energy innovation, national security, entrepreneurship and economic growth all hinge in one way or another on the country’s ability to connect its citizens together in new and more efficient ways.

Over the course of the hearings, expected to last for a month, the FCC will decide whether to distribute funds as loans, grants or a combination of the two — and will draft necessary criteria for receiving support. That’s after they consistently define what is meant by “high-speed” access and “underserved area.”

The sad reality is that by the time the commission’s plan is presented in February 2010, rural internet service providers and local telecom carriers may very well have already received and spent the bulk of these funds — possibly even on communities that might not be technically classified as underserved. The Rural Utilities Service has already received $2.5 billion to expand broadband in specific regions. Then again, if the grand plan the commission presents next year wins Congress over, additional funding might be too far behind.

To understand the vital nature of these hearings, it’s important to first understand how widespread the lack of broadband access is in the U.S. It might come as a surprise, but the U.S. is at at No. 20 in the world for per-capita broadband penetration. A study by Point Topic says that only 26.4% of people in the country have regular broadband access. To give you some context, another report issued by the Brookings Institute and MIT determined that for every percent increase in per-capita penetration, 300,000 more jobs are created. This is an opportunity that can’t go overlooked right now.

Incidentally, the U.S. ranks only at 15th in broadband speed. The median download speed here is 2.3 megabytes per second. Compare that to 63 megabytes per second in Japan, 49 in South Korea, 17 in France and 7.6 in Canada. This too, needs to change, but first things first.