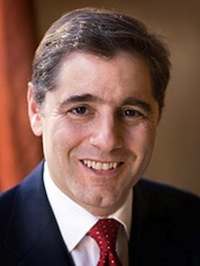 The Federal Communications Commission revealed more details today about its new plan to regulate the Internet. Previous efforts ran into court resistance, but there were reports yesterday that the agency was about to unveil another approach that would allow it to continue enforcing net neutrality (the principle that Internet providers must treat all Internet traffic equally) without hitting legal hurdles.

The FCC had ordered Comcast to halt plans to slow Internet traffic for peer-to-peer filesharers. A federal appeals court said that the FCC had overstepped its authority. In a statement today, FCC Chairman Julius Genachowski said the court decision:

… does not challenge the longstanding consensus about the FCC’s important but restrained role in protecting consumers, promoting competition, and ensuring that all Americans can benefit from broadband communications. Nor does it challenge the commonsense policies we have been pursuing. But the opinion does cast serious doubt on the particular legal theory the Commission used for the past few years to justify its backstop role with respect to broadband Internet communications.

Basically, Genachowski says the FCC had classified the Internet not as a “telecommunication service” but rather as an “information service,” where it has much less regulatory power. That distinction is key if the FCC doesn’t want to get into the business of regulating the content of the Web. But Genachowski says the FCC now has now found a “third way,” which recognizes only the transmission of broadband Internet access as a telecommunications service.

That’s a pretty arcane distinction. The bottom line, however, seems to be that it would give the FCC more legal support to do what it was doing already — regulating Internet access, but not Internet content. Here are some more quotes from Genachowski’s argument for why this method makes sense:

Fourth, the approach would establish meaningful boundaries and constraints to prevent regulatory overreach. The FCC would invoke only the few provisions necessary to achieve its limited but essential goals. Notably, these are the very same provisions (sections 201, 202, and 254, for example) that telephone and cable companies agree the FCC should invoke, albeit indirectly under an “ancillary authority” approach. The Commission would take steps to give providers and their investors confidence and certainty that this renunciation of regulatory overreach will not unravel while also giving consumers, small businesses, entrepreneurs and innovators the confidence and certainty they need and deserve. Since Congress gave the Commission forbearance authority 17 years ago, the Commission has never reversed or undone a forbearance decision.

Sixth, this approach would allow the Commission to move forward on broadband initiatives that are vital for global competitiveness and job creation, even as it explores with Congress and stakeholders the possibility of legislative clarification of the Communications Act. The Communications Act as amended in 1996 anticipated that the FCC would have an ongoing duty to protect consumers and promote competition and public safety in connection with broadband communications. Should congressional leaders decide to take up legislation in the future to clarify the statute and the agency’s authority regarding broadband, the agency stands ready to be a resource to Congress as it considers any such legislative measures. In the interim, however, this approach would ensure that key initiatives to address pressing national challenges can move forward.

The FCC says it will seek public comment on this proposal soon.