The gig driving economy might be growing, but excepting cities with minimum wage laws for ride-hailing drivers, the pay certainly isn’t getting any better. Lyft says its drivers’ median earnings work out to $18.83 an hour nationally. A Buzzfeed survey found that Uber drivers in Denver, Detroit, and Houston earned just $13.25 an hour on average. And in a recent survey disputed by Uber, MIT researchers reported that Uber and Lyft drivers’ median pretax profit was $3.37 per hour.

That’s why Kaan Gunay and Onur Kardesler cofounded Firefly, a San Francisco and New York startup that works directly with ride-hailing drivers to mount ad displays on top of their cars. It launched out of beta in December 2018, and in the intervening months, it’s garnered support from brands like Brex, Segment, Caviar, Zumper, and others.

Toward that end, Firefly today revealed that it’s secured $30 million in series A financing led by GV (formerly Google Ventures), with participation from existing backer NFX. The newfound funds, which come on the heels of a $21.5 million seed funding round to bring Firefly’s total raised to $51.5 million, will be used to support “continued innovation” and scale the company’s model to new formats and markets, said Gunay. Additionally, they’ll support its acquisition of taxi advertising provider Strong Outdoor’s digital operations (a wholly owned subsidiary of Ballantyne Strong), which marks Firefly’s expansion to New York City.

“We are excited about the potential for growth in digital advertising and we believe that Firefly, led by … Gunay, is the right team and platform to combine with our digital platform in New York City,” said Kyle Cerminara, CEO of investment firm Fundamental Global, Ballantyne Strong’s largest shareholder. “We look forward to being significant shareholders in Firefly and benefiting from the growth in digital at Firefly while maintaining our significant market presence in non-digital advertising at Strong.” 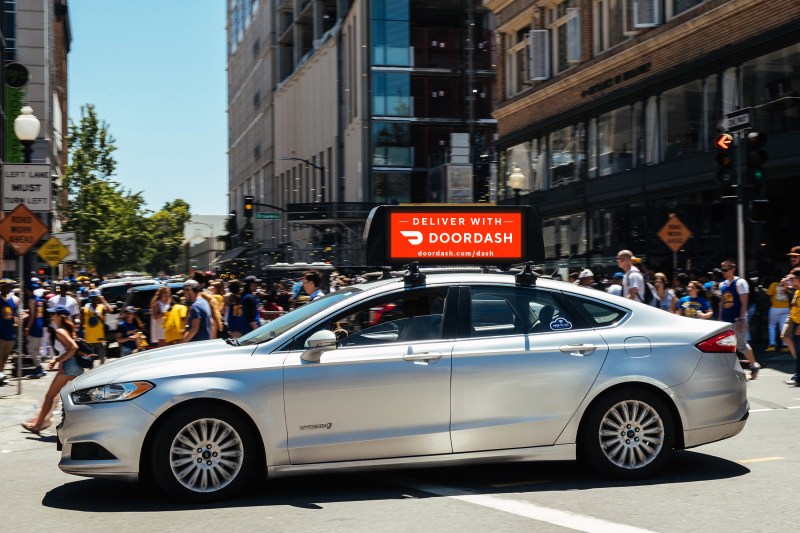 The company has already achieved impressive reach. Firefly says its network gets 200 million impressions per month across 40,000 square miles of coverage, with over 650,000 hours of content played to date.

It’s not strictly a commercial venture, Gunay asserts. Firefly donates a minimum of 10% of all inventory to promote local not-for-profit organizations, public sector announcements, and non-commercial organizations such as advocacy groups and community organizations, plus an additional 10% of unsold screen time to non-chain small businesses like coffee shops, restaurants, and boutiques. And it participates in the Amber alert system and supports the Ad Council, the nonprofit organization that produces national public service campaigns, by running their public service announcements pro bono in California, with plans to extend to New York.

There’s a data-sharing element to the business, too — Firefly works with local municipal governments to provide info on city mobility, pedestrian movement, and air quality.

“Firefly is creating a significant new ad format at scale,” said GV general partner Adam Ghobarah. “In addition to taxis, the scale of rideshare networks has created a large opportunity to provide digital out of home advertising with granular city-block and time targeting. Kaan, Onur and the Firefly team have executed very well so far, and are motivated by the long-term mission of enabling cities with data.”

“We believe that all full-time drivers in New York, taxi and rideshare, should be able to make a living wage and support their families,” said Gunay. “By combining our Firefly operating system with Strong’s existing digital network, we’re able to immediately scale upon market entry so we can support the New York community with no downtime.”