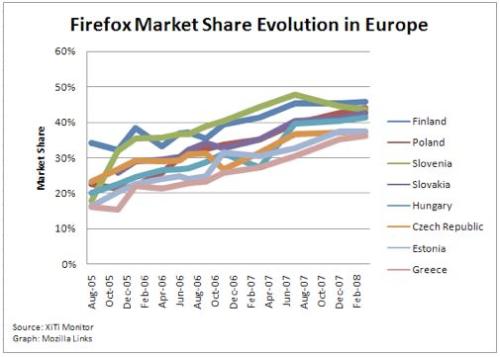 A few weeks ago, we covered how Mozilla’s Firefox, the open-source web browser, is now used by more than 160 million people around the world. Earlier today, we covered Firefox’s plans to develop a robust mobile browser. Now, here’s some more data for you about Firefox’s growth around the world, based on a study by French web survey company ZiTi Monitor. 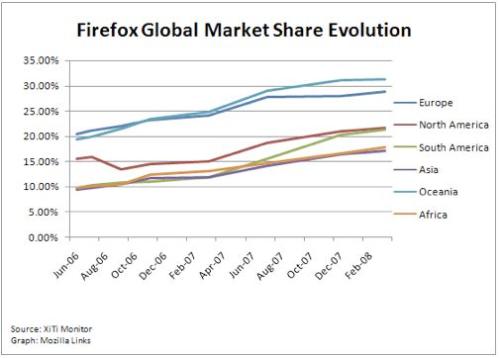 Notably, Firefox usage went up to a little more than 30 percent on weekends, presumably because people were accessing the web from home, where they could choose it over competing browsers rather than being forced to use the browser selected by the IT manager at their workplace.

Firefox is gearing up for its next release, version 3, later this year. You can test out the beta version here. Testing it out, we’ve found it to be much faster than Firefox 2 currently is, especially on Apple computers.

Here’s the full study, in French. 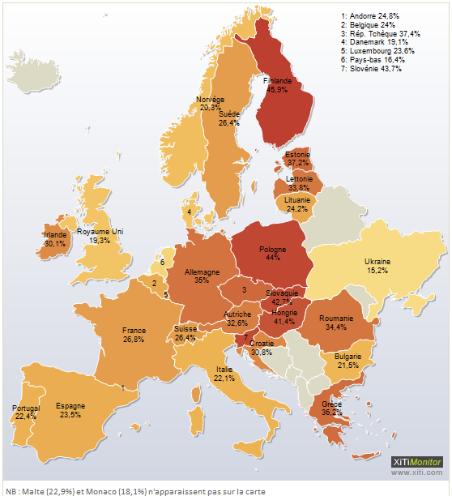