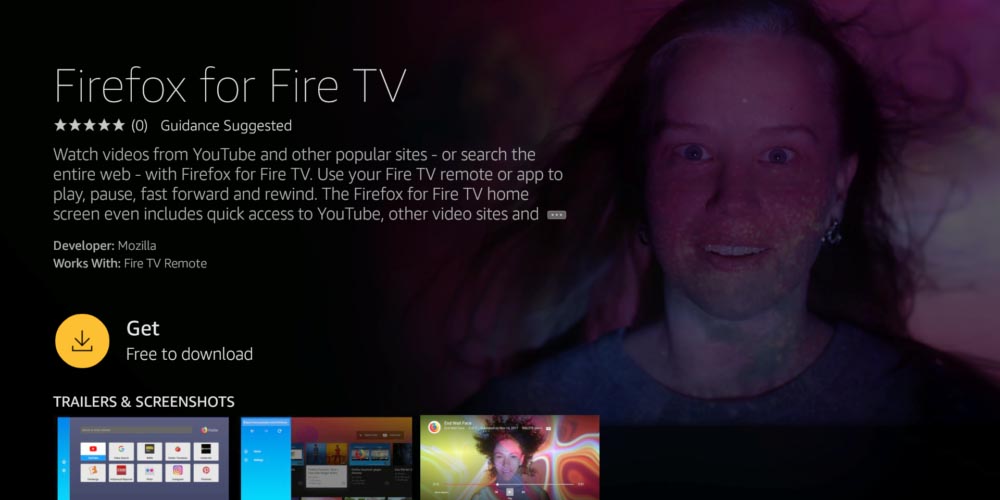 It’s clear that the companies’ common goal was ease of use, given the limited remote controls used with both televisions and Fire TV devices. According to Mozilla, Firefox for Fire TV “makes watching videos as easy as clicking, searching or entering a URL”; Mozilla senior vice president Mark Mayo further claims it passed the “5 year old with the remote test.”

Firefox for Fire TV is available as a free download now in the Amazon Appstore. The app store listing notes the following product features:

Mentioning YouTube by name is no accident. Google is pulling YouTube from Amazon’s Fire TV at the end of the year.

Today’s launch comes just a month after Mozilla launched Firefox Quantum, which it calls “by far the biggest update since Firefox 1.0 in 2004.” Amazon and Mozilla’s effort today is just a small blip in comparison, though it could help the effort to make Firefox’s brand relevant again.

That said, how many people actually browse the internet on their TV? For Fire TV owners, the answer will soon be everyone who watches YouTube on their TV.