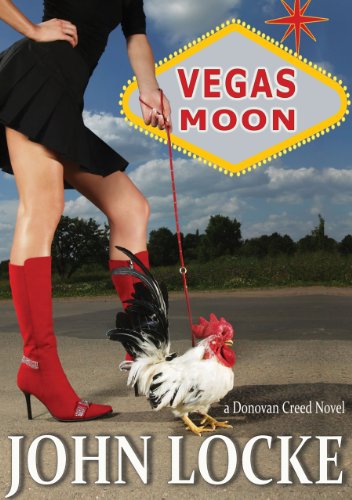 Locke has sold 1,010,370 Kindle books using Kindle Direct Publishing, which allows publishers and authors to sell to Kindle customers. He has published nine novels, including “Vegas Moon,” “Wish List,” and “A Girl Like You,” and the New York Times bestselling eBook, “Saving Rachel.” Locke’s latest book, “How I Sold 1 Million eBooks in 5 Months,” published just a few days ago is a how-to marketing guide for self-published authors.

According to Locke’s website, “every seven seconds, twenty-four hours a day, a John Locke novel is downloaded somewhere in the world.”

Locke isn’t resting on his laurels. He tells the Wall Street Journal he has another book coming out by the end of June titled “The Love You Crave” and hopes to publish his third western novel by the end of July.