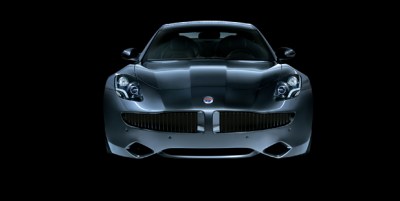 Amid all the hubbub surrounding Tesla Motors‘ IPO yesterday, its competitor, Fisker Automotive — a company started by the original designer of Tesla’s Model S electric sedan, Henrik Fisker — has taken a quiet step forward, earning approval to transform a defunct General Motors plant into a factory for its own line of green vehicles.

Fisker’s story closely parallel’s Tesla’s. Both companies initially unveiled luxury sports cars: Tesla’s Roadster, released in December 2009, versus Fisker’s hybrid Karma, due out by the end of 2010. They both announced plans for a more affordable, middle-class sedan: Tesla’s Model S versus Fisker’s Project Nina. And they both landed massive loans from the U.S. Department of Energy: $465 million for Tesla and $529 million for Fisker.

Following its public sale, Tesla will move to re-open the shuttered NUMMI plant in Fremont, Calif., a facility formerly co-owned and operated by General Motors and Toyota. And now Fisker — still far from an IPO, but certainly sizing up the possibility — will be converting its own old car factory, a vacated General Motors plant in Delaware, to get Project Nina up and running.

The company just got permission from the court to acquire the 3.2 million-square-foot facility for $20 million. This step was necessary because Fisker is technically buying the property from an entity called the Motors Liquidation Company, made up of all the assets General Motors said it would unload following its bankruptcy and federal bailout.

There is still a lot of red tape to be hacked through, but Fisker’s ultimate plan for the plant is to produce 100,000 plug-in sedans, priced around $47,400 each, every year shortly after manufacturing comes online in 2012. It expects to employ 2,000 workers.

How does this stack up against Tesla’s new digs? NUMMI is about 5 million-square-feet, it sold for $42 million, and has the capacity to churn out 500,000 cars every year. So while Fisker seems to have gotten the better deal space-wise ($6.25 per square foot versus $8.40), Tesla would theoretically be able to produce five times as many cars.

That said, Tesla has been very clear that it only plans to build 20,000 Model S sedans at NUMMI, with the rest of the capacity being saved for either a line of cars built in tandem with Toyota, or a line of cars (including a cabriolet, van and SUV), based on the architecture of the Model S. Both of these plans are still theoretical, predicted to come to fruition in 2014 or 2015, if at all.

Fisker, on the other hand, fully intends to be building 100,000 Project Nina sedans a year within the next five years. It already has the goal to sell 15,000 units of its hybrid Karma sports car by the end of 2011 for $87,500 each. This is a pretty ambitious goal, considering that Tesla was only able to sell a little over 1,000 units of its $109,000 Roadster in the year and a half since its launch.

Fisker will pay for the new plant in Wilmington, Del. with its $529 million low-interest loan from the government, received in September 2009. The company expects to put $175 million into the facility every year for the next three years.

In the meantime, the company has transformed its website into a countdown to a new unveiling, perhaps containing never-before-seen details about Project Nina vehicles, as well as the Karma. The timer expires tomorrow, so stay tuned.