Fitbit has sold 35 million Charge devices to date, but the Charge 2 was unveiled almost exactly two years ago, so an upgrade makes sense. The Charge 3 is part of Fitbit’s strategy to offer smartwatches and fitness trackers in tandem. The company cited its own Q1 2018 survey data as justification for this move. Of the U.S. adult consumers who considered buying a wearable in the last year, more people still want a tracker over a smartwatch: 42 percent versus 36 percent. Fitbit gave a few reasons for the preference: slimmer design, easy-to-use features, streamlined experience, and price point. 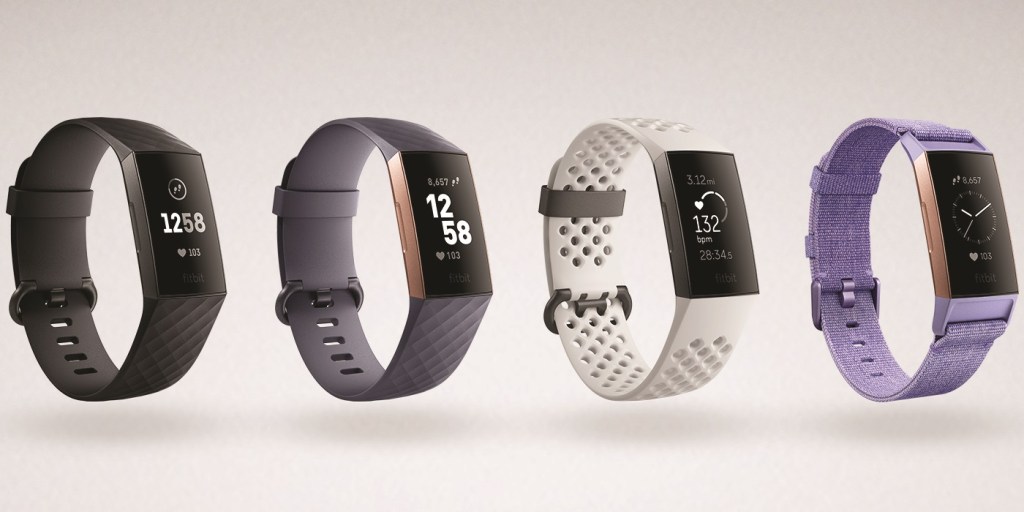 The Charge 3 features an inductive button, an aerospace-grade aluminum case, and a Gorilla Glass 3 display. Speaking of the display, it’s a touchscreen grayscale OLED that is “nearly 40 percent larger and brighter” than that on the Charge 2 (which only supports tapping around the display). The device is also water resistant up to 50 meters (the Charge 2 is only sweat, rain, and splash proof). Charge 3 still doesn’t include a built-in GPS, although it can access your phone’s GPS to offer real-time pace and distance information.

As with all Fitbit devices, there are a bunch of accessories and bands to choose from ($30 to $50 each). “With the push of a button on the back of the device, the band snaps right off and pops right back on,” Dennis Hsu, Fitbit’s director of product marketing, told VentureBeat. “You can literally change these band attachments in two to three seconds. It is definitely our best band attachment mechanism ever.” 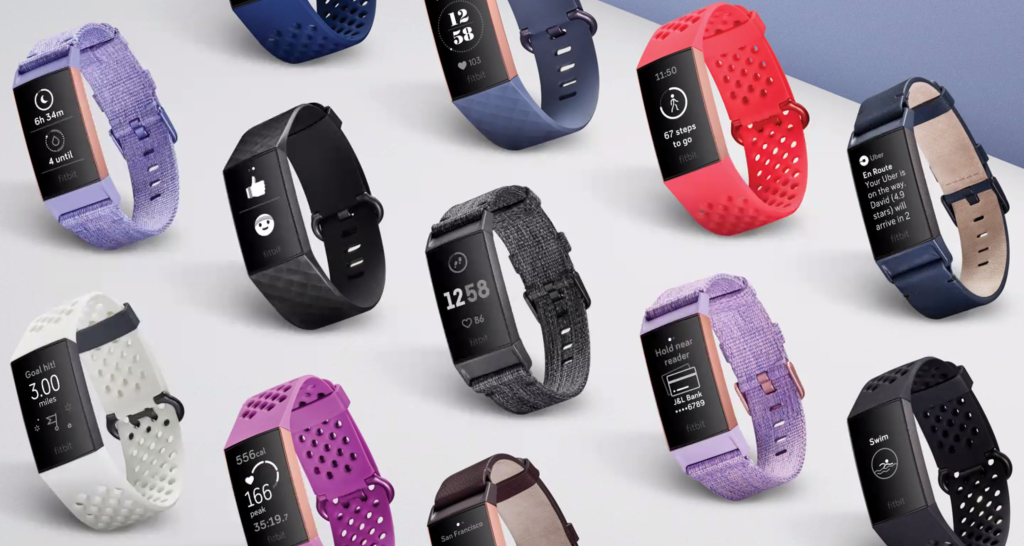 As for software, Fitbit says it redesigned the user interface to help users reach their goals each day. Most importantly, the Charge 3 has a ton of advanced health and fitness features. It’s “our most advanced tracker yet,” Hsu said.

It’s easy to think of the Charge 3 as a Versa with all the smartwatch features ripped out. If you only care about exercise and health functionality, it makes much more sense to go with the Charge 3. 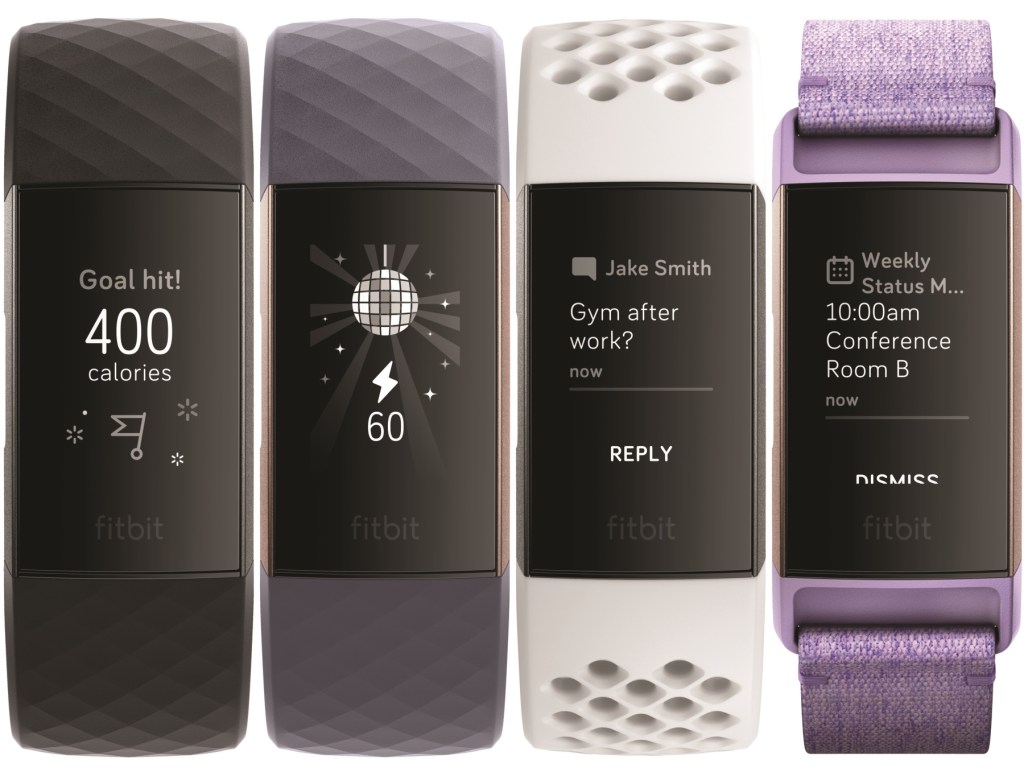 And yet Fitbit is making a point of calling the Charge 3 its “smartest tracker yet” because it does include a few smartwatch-like features:

Also like the Versa, there’s a Charge 3 Special Edition. It costs an extra $20 to get NFC support for Fitbit Pay contactless payments and two bands (white silicone sports band with a graphite aluminum case or lavender woven band with a rose gold aluminum case, plus a black band). Fitbit Pay isn’t quite as large as its competitors, but it does now support over 100 financial institutions in 18 countries.

Charge 3 comes in black with a graphite aluminum case or in blue gray with a rose gold aluminum case. Here is how pricing stacks up in available countries (Asia-Pacific will get the device a month later, in November): 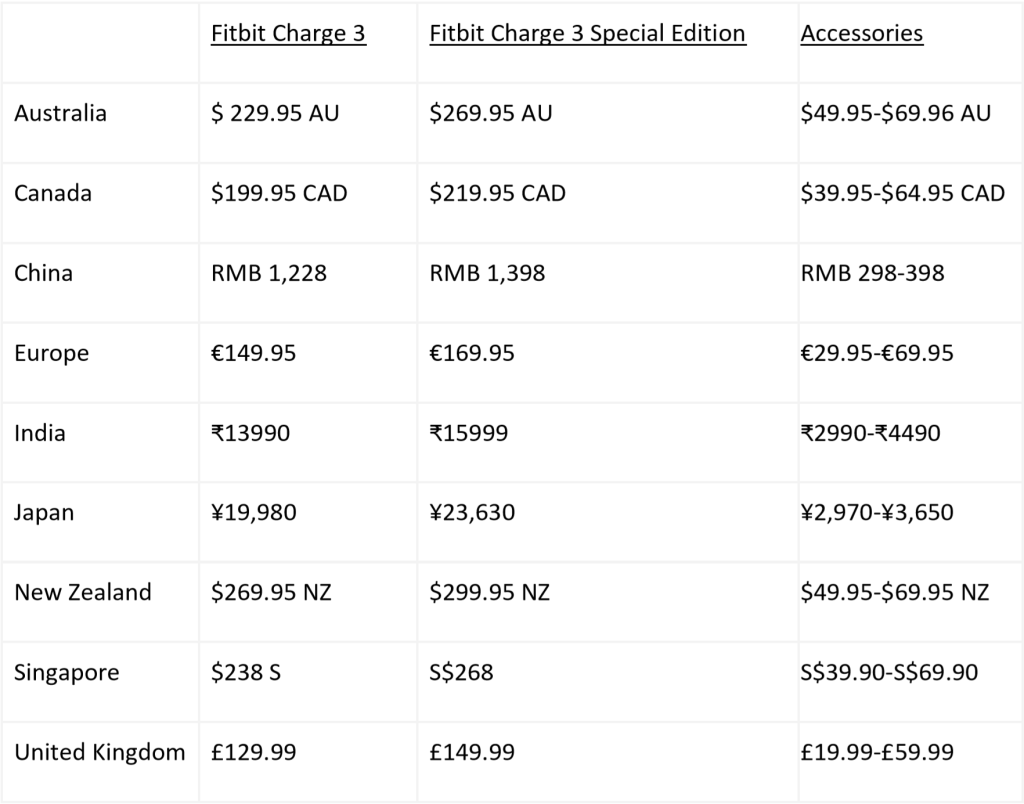 The Charge 3 is also the first Fitbit tracker to include an SpO2 sensor, which helps estimate changes in blood oxygen levels and track new health indicators.

Available later this year, Fitbit Labs’ Sleep Score beta program will leverage key metrics tracked by any Fitbit device with advanced 24/7 PurePulse heart rate tracking to give you a nightly score of your overall sleep quality. Devices with an SpO2 sensor (Ionic, Versa, and Charge 3), will also track breathing disruptions, which can be indicators of such health issues as allergies, asthma, or sleep apnea. 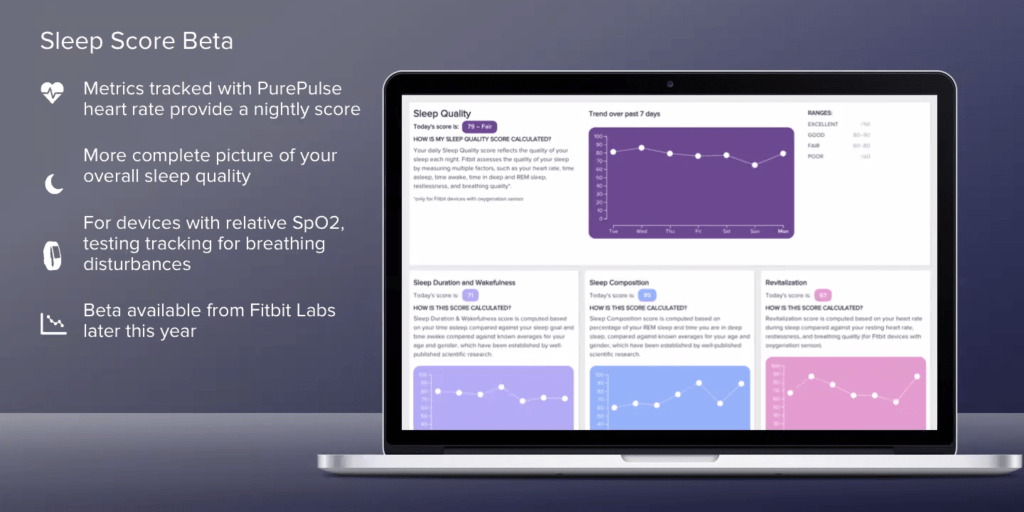 Fitbit claims it is the first wearable brand to offer sleep tracking. Over the past nine years, the company has tracked more than 7.5 billion nights. Fitbit is still developing FDA-regulated software for various health conditions, including sleep apnea and atrial fibrillation, but the company wouldn’t provide an update on the status of that work today.

“We’ve found that 1 in 4 people get significantly more sleep on weekends than weekdays, which implies they are trying to make up for reduced sleep during the week. We can deliver insights to these users through the Fitbit app to make them aware of how this behavior affects their well-being and suggest how to set up a sleep schedule,” Fitbit VP of research Shelten Yuen said in a statement. “In the future, we hope to provide more guidance to our users to reduce the risk of disease so they can become the healthiest versions of themselves. With the Fitbit Labs Sleep Score beta, we’re pioneering an intuitive way for people to understand their sleep.”

But this will be just a beta, and given that Fitbit isn’t sharing exact timing, it’s unlikely to be available in time for Charge 3’s debut.