For months it’s looked like Fitbit was dominating the wearables space, and a new analyst report out today seems to confirm it.

A report from Canalyst shows that a total of 2.7 million wearable bands shipped worldwide in the first quarter of 2014 — and that Fitbit accounted for 50 percent of them. Fifty.

Fitbit kept its huge lead despite that it had to recall its Fitbit Force in February when some experienced skin irritation from wearing the wristband. Canalyst says that while a significant number of Force bands had shipped, the recall affected only the initial rollout in the U.S. and Canada.

Jawbone’s basic band, the UP24, was widely distributed worldwide since its launch in late 2013 and is quickly gaining market share, the report says. 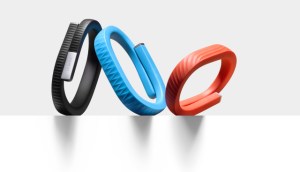 As suspected, Nike appears to heading for the exit in wearables. The company’s products accounted for just 10 percent all shipments in the first quarter.

“The FuelBand has frankly been outmatched on sales,” says Canalys analyst Daniel Matte in a statement. “Its competitors’ speed, international reach, broader channel distribution, integration with other fitness communities, superior websites, and multiplatform support have proven to be major advantages.”