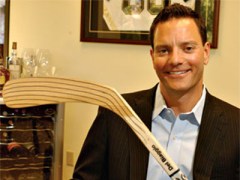 Accomplice of criminal VC William “Boots” Del Biaggio gets five years in prison for $100 million fraud — Boots had backed ShopNow.com and VerticalNet before co-founding San Jose’s Heritage Bank. He invested in the San Jose Sharks and Nashville Predators hockey teams. But he also forged documents to get $100 in loans. Stockbroker David Cacchione, his accomplice, was sentenced to five years and will need to pay back $50 million in restitution. Business Insider has a good roll-up post. 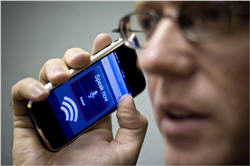 FCC investigates Google Voice as Google bashes long-distance rates — The Federal Communications Commission is performing a thorough audit of how Google Voice works, in response to charges by AT&T that Google wasn’t playing by the same rules as everyone else. The one concrete item so far is that Google has blocked calls to some rural areas to avoid paying what Google’s public policy head called “exorbitant rates” charged to connect by phone companies serving those areas.

Mainframes are still 10% of the world’s $53 billion server market — And in mainframes, IBM stands out as the longtime leader in sales and services. The Wall Street Journal looks under the hood of IBM’s mainframe business.

Twitter continues to build its brand as the Internet’s best mistake-generating service — Security researcher Miiko H. Hyppönen, chief researcher for the well-known anti-virus firm F-Secure, was surprised to find that Twitter had banned his account without notice. Hyppönen had entered the address of a phishing site. Twitter’s defense systems took it as an attack.

YouTube video spam is mostly notable for its absence — Anti-virus maker Kaspersky Lab says a recent spamming by a Russian real estate company is the first known case of an email link that promised to play a YouTube video actually doing so. 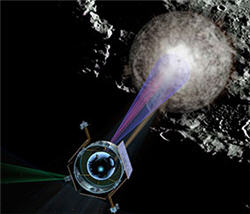 NASA proves it can hit the Moon dead-on when it really wants to — One component of the LCROSS satellite deliberately zinged into Earth’s oldest companion at 5,600 miles per hour, which seems like it would burrow deeper than the 13 feet it penetrated beneath the surface. The New York Times has a long report with a video. LCROSS was cheap by going-to-the-Moon standards, costing only $79 million for the entire mission.