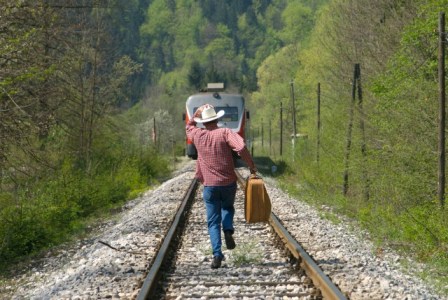 The announcement that BuyWithMe, the No. 3 daily deals site on the Web, was cutting significantly more than half its staff followed an unsuccessful attempt to raise capital at a $500 million valuation.

BuyWithMe Chief Operating Officer David Wolfe said in an email that the company was the victim of an increasingly-hostile investment landscape for daily deals companies.

“The capital markets willingness to invest in *daily deal* businesses has dried up,” said Wolfe. He outlined some of the company’s recent efforts to boost customer acquisition and strengthen audience retention, which was to be aided considerably by the money they were looking to raise.

Those plans were cut short.

Wolfe: “We were a little late”

“Our game plan was to raise a significant amount of capital to push this comprehensive service offering deeply into markets and, as a result, change the basis of competition in the daily deal space. We were a little late,” said Wolfe.

This time last year a national daily deals player unable to raise money would have been almost unimaginable. After rejecting Google’s $6 billion buyout offer, Groupon in January went back to the private markets and raised a whopping $950 million Series D round of funding led by the likes of Morgan Stanley, Yuri Milner’s DST and Greylock, among others. However, the national competition continues to grow more fierce, as customers and merchants become more savvy about flash offers. As we reported today, however, industry experts such as Vinicius Vacanti, CEO of Yipit, and Martin Tobias, CEO of Tippr, believe that there has never been a better time for daily deals offered by large Web players like Google or Amazon who can capitalize on their existing audience.

Capital markets are drying up

A report released yesterday showed that capital markets are, indeed, shrinking. The study by PricewaterhouseCoopers and the National Venture Capital Association showed that venture capital investing dropped by 12 percent during the third quarter of 2011, compared with last year. There were 876 deals completed in the quarter, down from the 1,015 in quarter two 2011.

Deals site HomeRun was recently acquired by Rearden for an undisclosed sum, which included at least $83 million in cash, according to an SEC filing. Such a liquidity event is looking like a better and better exit for deals sites in these uncertain times.

“We fundamentally believe in the future of the *daily deal* (performance based online advertising for offline businesses) and want to be around to see another day,” said Wolfe.