Flavourworks has raised $3.8 million in funding for its interactive movie games that fuse together live-action video with interactive gameplay.

Flavourworks has created a “touch video” technology that fuses interactive gameplay with live-action videos. The game has full-motion video, complete with actors and real-world environments. They act out a story, but you can play the story as if it were a game. You can make key decisions and even touch the screen to wipe away a tear from a character’s eye.

It’s an increasingly popular genre (think Netflix’s Black Mirror: Bandersnatch blend of movie and game) in which the audience makes key decisions and sees the consequences of their decisions play out in the film. The decisions you make in Flavourworks’ first game, Erica, which debuted in August on the PlayStation 4, are much like the ones you make in Supermassive’s Until Dawn.

Except the characters in Until Dawn are animated, while the characters in Erica are real people. Flavourworks has applied for a patent related to its “touch video” technology. But both games enable players to make personalized choices in the games. These games are quite replayable because the players can go back and try to make different choices in the second or third playthroughs. Remedy’s Quantum Break was another title that mixed films and games, and it had 40 different versions of videos to show the players, depending on the choices they made. 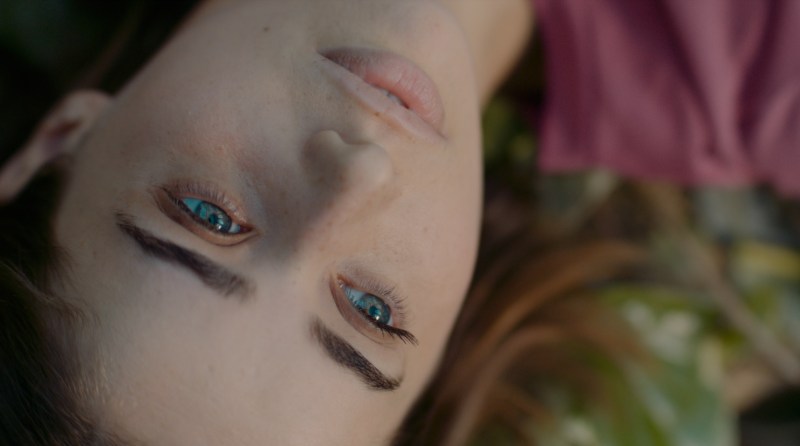 Above: Erica is a live-action video game that has interaction every 20 seconds or so.

The attraction of creating the game-movie hybrid is what motivated the founders of Flavourworks — Jack Attridge and Pavle Mihajlovic — to launch the company in 2015. They were inspired after they saw an “immersive theater” show called Drowned Man by Punch Drunk.

“It was so powerful, and it made us think how we could create that emotion in a video game,” Attridge said. “We asked, ‘Can we use live action to create a more mature story for more people,’ but we didn’t want the interaction to be compromised.”

Three years ago, Sony’s then worldwide studio chief heard the pitch and greenlit the first project. The team grew to eight people and they spent four years making Erica, a thriller game that stars actress Holly Earl as Erica. Attridge had a film background, but both founders had worked in games for years.

“For us, the most important thing was understanding film and filmmaking,” Attridge said. “In the last 30 years, whenever people tried to bring film and games together, the results ware always terrible. It’s like these two mediums just really don’t work together. But we had the idea for a type of gameplay that would require a brand new technology that allows people to touch the world in a very meaningful tactile, intimate way.”

They decided they wanted to have interaction every 15 or 20 seconds, not just every 20 minutes or so, as you see in films like Bandersnatch. To create the full story and script, the team had to shoot four versions of the story. That meant a lot of extra work for the actors, and it meant that the writing had to be pretty precise and locked down. The team couldn’t change the script and just call the actors back to reshoot a scene, Mihajlovic said.

“We’re creating brand new gamers because whenever I would try to get my mom or my dad or my sister to play games, they were turned off by the fact that it didn’t look real,” Attridge said. “It costs millions of dollars to try and render a human face, but with film, all you do is point a camera and act. Our mission statement was to get other people to play.”

Attridge and Mihajlovic founded Flavourworks near London’s Silicon Roundabout in 2015 with a radical vision. They wanted to bring interactive stories to filmed content for a global audience. Livingstone, who started out creating choose-your-own-adventure novels in the 1980s, was an early supporter of the team. He enjoyed creating branching narratives in Dungeons & Dragons, which he brought to Europe in the 1970s. And he was co-creator of the Fighting Fantasy gamebooks, the iconic series which sold in excess of 20 million copies worldwide. In those books, you could make a choice, and then you would be directed to a later page to see the outcome. 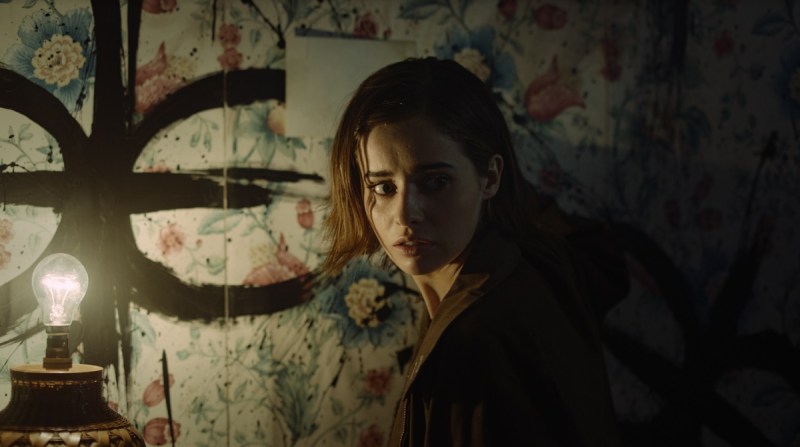 Above: Erica is freaking out.

“We were saying to ourselves, ‘What’s the point of making a company, a games company, if we’re just going to go and make another first-person shooter or another platformer?'” Attridge said. “We really needed to make something unique that could stand out, and that’s where my background in filmmaking helped. We thought we could manage these two worlds of films and games together.”

Flavourworks’ first title, Erica, was announced at Geoff Keighley’s Gamescom pre-show broadcast, and it debuted at the show in August on the PS4. Mobile versions are launching soon.

Erica is a live-action interactive thriller where a player’s decisions shape the narrative of the female protagonist. Beyond simple binary choices, Flavourworks’ proprietary cross-platform touch video technology allows the player to touch the world using the touchpad on Sony’s Dualshock 4 or a mobile device screen. The player can wipe a tear off a character’s face, or peer through a door slowly so as not to be found out, in order to discover a new perspective on the story. You could also interact with the environment, like wiping condensation off a window.

Mihajlovic said the company now has the money to making its second game. As with the first game, the team is trying to create something that has mass appeal, beyond just hardcore gamers.

On top of that, the company now has tools to make the process easier.

“We’ve got this editor, we’ve got this cookbook that we built to work with the touch video engine,” Attridge said. “We an design and write the entire story and branching narrative and interaction upfront. We film that, edit it, and drag and drop it back into the cookbook and it works like magic. That can be passed to multiple platforms from consoles to tablets and PCs. So it’s really powerful, and it’s a toolset for storytelling. We realized we weren’t making a game. We were making a platform for telling infinite amounts of stories. We realized our definition wasn’t making interactive films. We are making filmed games.” 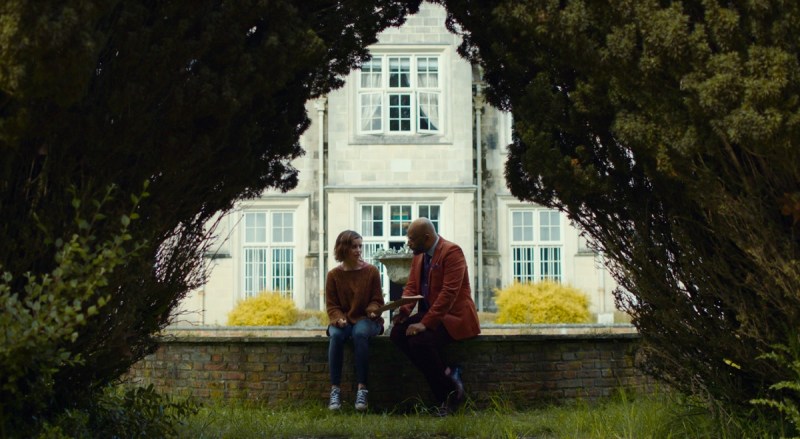 Above: A scene from the “filmed game” Erica.

And that’s what was attractive to investors. It’s a repeatable process.

“Hiro is thrilled to be investing in Flavourworks as our fund’s first of many deals,” said Luke Alvarez, a managing partner of Hiro Capital, in a statement. “Jack and Pavle have exactly what we look for in game entrepreneurs: they have a powerful vision of inventing a whole new genre; they have innovated both the technology and the game content to do that; and they are getting traction with some of the biggest players in the ecosystem, including Sony and Sky. Cherry, Ian and I are very optimistic about the potential for Flavourworks and we are looking forward to working with Jack and Pavle as they scale. ”

Attridge said it didn’t seem to make sense to try to animate human faces when you could just shoot video instead and make it interactive.

James McClurg, the director of startup investments and partnerships at Sky, said in a statement, “We have invested in the Hiro Capital Fund to discover exactly the kinds of technology and talent Hiro have found with Flavourworks. As Europe’s largest entertainment company and with innovation at our core, we see an exciting potential in Flavourworks’ Touch Video technology as it brings game-like interactivity to premium content. We are looking forward to supporting the company, as the technology develops and the content is produced out of Jack and Pavle’s studio, in the months and years to come.”

Mihajlovic said that both of the major investors can offer good advice about the combination of films and games.

“We hope to use all of the influences and continue pushing the boundaries of what’s possible,” Mihajlovic said. “We have a lot more stories we want to tell.”