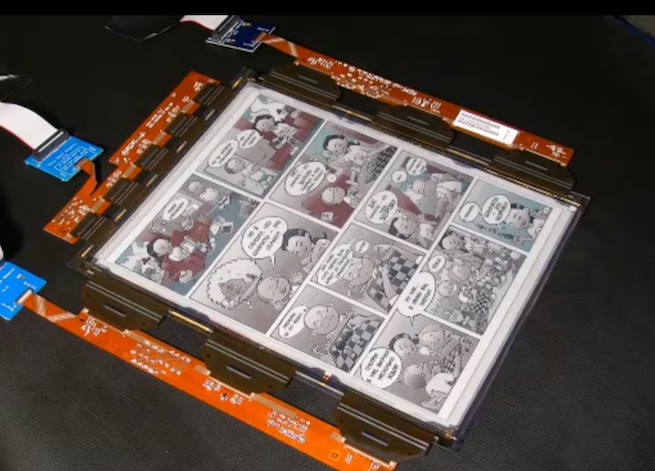 Plastic Logic demo-ed its flexible, color e-reader today — another screen to support the notion that e-readers may one day act like paper.

Plastic Logic received a funding round of $700 million from Rusnano to create the new screen. The screen can display over 4,000 colors and has 1.2 million plastic transistors. The company used part of the funding to deploy its e-textbook reader to schools in Russia. The company launched in an e-reader for the enterprise at the DEMO conference in Fall 2008. The device was subsequently never released to the public.

Flexible e-reader screens are gaining popularity. Flexible e-ink screens create that reading-a-magazine-or-newspaper feel that, honestly, just looks cool.  They can bend and fold like paper, although you won’t be able to fold your e-reader like a soft cover book just yet. What’s more impressive is that these new screens, Plastic Logic’s in particular, are being designed to keep images true and not distort them as folding a screen might otherwise do.

In March, LG released details of its flexible e-reader screen, which stands about six inches tall and sports 1024×758 pixels. The screen can be bent to a 40 degree angle and can weigh half as much as its glass counterpart. . LG referred to the screen as an electronic paper display. LG believes these flexible, plastic displays will be cheaper to produce than glass.

Check out the video of Plastic Logic’s color, flexible screen below: