Flipboard, to further its appeal among users in China, has established a separate business unit in the Asian country called aptly Flipboard China. The new entity is a joint venture with communication group BlueFocus and will result in a standalone product — essentially becoming its own startup.

Since 2012, Flipboard has maintained an office in China, but it was beholden to the engineering and development whims of its Palo Alto, California headquarters. While there was one app for all countries, China was unique because of regulatory constraints that have hit many tech companies, including Uber and Airbnb, often requiring joint ventures like the one announced today. Now, Flipboard China is free to pursue its own partnerships and infrastructures to accelerate growth.

Flipboard head of marketing Marci McCue told VentureBeat that China is one of the top five countries in terms of app usage, with an average of 6 million monthly users. However, that’s a fraction of the more than 100 million monthly active users worldwide, and there’s still opportunity to grow in China. The new business unit only has jurisdiction around the mainland, so Hong Kong and Taiwan still will be managed by Flipboard’s international team. 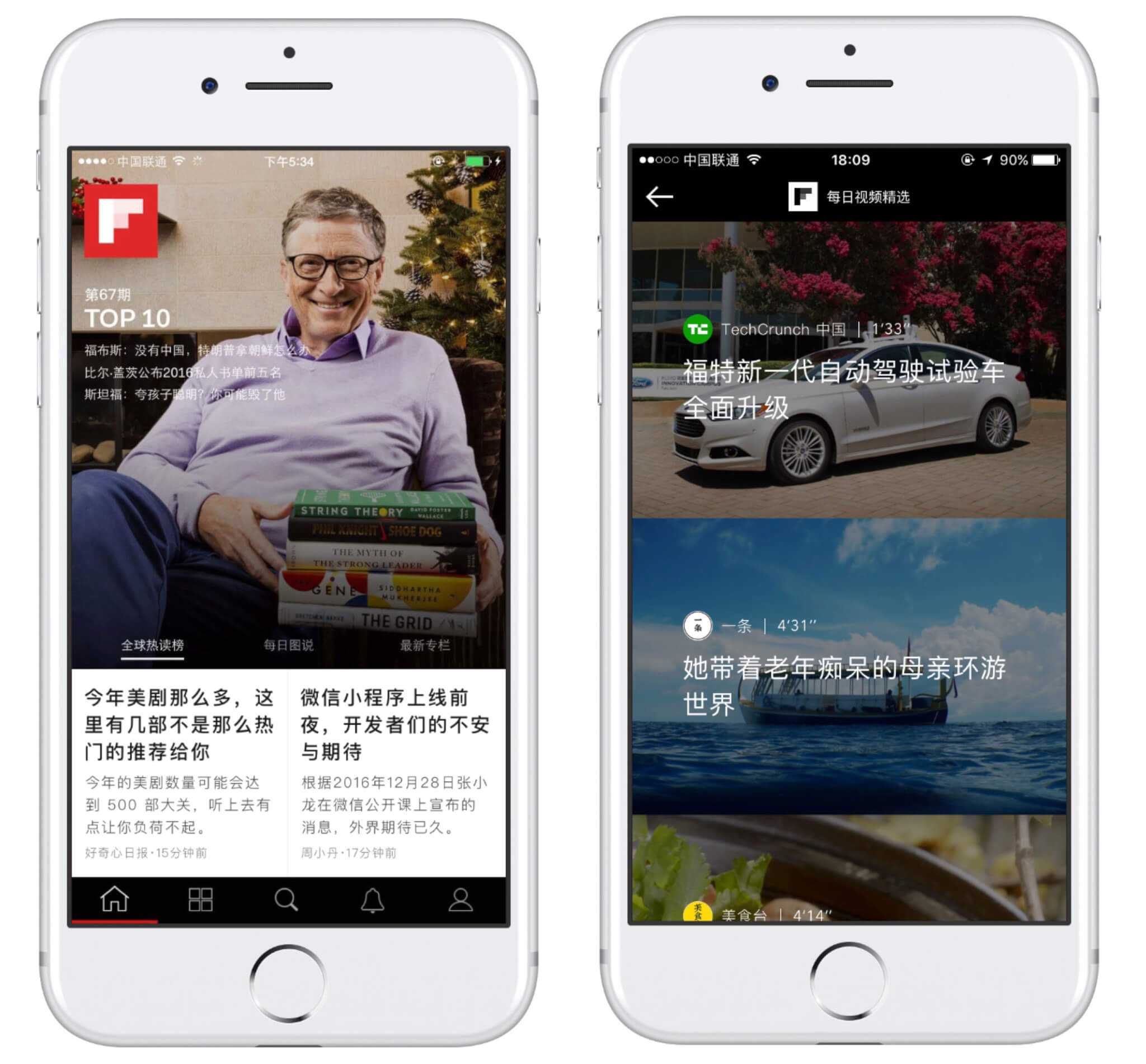 Above: Examples of Flipboard’s app in China.

“It’s a market that needs to be tackled differently in a way we tackle other markets, both culturally and legally,” remarked Hugo Buret, Flipboard’s vice president of business development. “Some partnerships must be tackled with a local entity.” The new autonomous structure means that Flipboard China will establish its own local infrastructure, meaning that the app will become faster due to reduced latency.

Flipboard China’s chief executive Jing Zhao has been with Flipboard since 2012 before moving to Beijing, where he grew the office to 25 engineering, product, and marketing personnel. “There’s a lot more that can be done in the market locally,” he said. “Creating a new company [in China] is basically to accelerate the user base growth. … We need to make independent decisions on the product and infrastructure and have the mindset with the team as being a startup and competing with other fast-paced startups in China.” 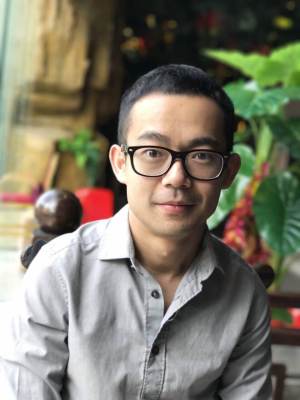 Zhao shared that changes have already been made to Flipboard in China that resonate better with people there, different from what others outside of the country would see. For example, because Twitter is banned from China, Flipboard has integrated with Sina Weibo and RenRen to provide social media content in the app. Both Buret and Zhao hope that best practices can be shared between Flipboard and Flipboard China.

Another reason to establish a more formal beachhead in the country is to tap into its luxury, or high-end, advertising market. This has been the modus operandi of Flipboard for years: “Brands want to go where there’s high-quality content. They don’t want to be next to a diet ad or a picture of you in a bar. When you have a long-tail of advertisers that number in the millions, you can’t create that type of experience,” company CEO Mike McCue once opined. BlueFocus was chosen because it can help Flipboard tap into the luxury market with its marquee brands and focus on premium products. “BlueFocus works with top brands in the country and they’re looking for a high-quality platform,” Zhao said.

“The partnership between BlueFocus and Flipboard was built to create synergies to the maximum which benefit both parties. The promising China market and the extensive partner network behind BlueFocus will pave the way for the expansion of Flipboard’s business in the sector of intelligent news aggregator in China. We believe this will ultimately bring benefits to its users,” BlueFocus vice president Lucia He stated.

Flipboard China will operate independently as its own startup, including pursuing outside investments and launching new products. Flipboard will maintain an ownership stake and percentage in the entity and there will continue to be a global strategy in terms of partnerships and sales. How much was invested in Flipboard China or equity received was not disclosed.

Starting today, all 25 employees in Beijing will become part of Flipboard China. Zhao, He, and Buret will make up the board of directors.