Web video platforms like Brightcove, Move Networks and Maven have a problem: They have all built business models targeting the handful of content companies willing to pay tens of thousands of dollars a year to push video on their sites. As a result, the platforms are angling for the same big fish in a relatively small pond; each must find ways to outdo the next by investing in new features without adding much to their price.

For Brightcove and its competition, two much smaller companies called Fliqz and Kaltura are here to bring the pain. These start-ups, while lacking the depth of features of their larger counterparts, offer video hosting, content management and streaming capabilities to websites at dramatically lower costs. Fliqz does it with proprietary self-serve software that gets video up and running on a site in around 30 minutes. Kaltura has a few plug-and-play extensions for wikis and blogging platforms, but its integration into regular websites is slightly more elaborate.

Both Fliqz and Kaltura have a few large enterprise customers, but with prices ranging from free to a few thousand dollars a month, they are going after the small and medium-sized websites that Brightcove and its ilk have all but ignored.

Fliqz’s model revolves around its simplicity. You go to its site, select a subscription level that reflects the size of your audience, pay for it and then add a few lines of code. Its substantial ease of use and quick deployment has enabled it to bring in around 17,000 customers, most of whom are using the ad-supported free version that grants them 500 streams a month. Along with relatively large sites including Dogster, Flixster and Autobytel, Fliqz counts religious organizations, dating services, parenting sites and travel agents among its users.

While Kaltura is still relatively simple, its vision is more expansive: For one thing, its technology is open source, so it has the potential to become much more powerful than Fliqz without spending tens of millions of dollars. While this means that anyone could use it for free, Kaltura is counting on revenue from value-added resellers that build features on its platform, and from sites that don’t want to worry about services like hosting and maintenance. For another, Kaltura’s video capabilities come with an impressively simple web-based editing tool, a sort of “video wiki” that lets anyone with permission add content to a video and remix it. With this tool and a recently announced partnership with Wikimedia, Kaltura hopes to add collaborative video to Wikipedia, which could get quite interesting. 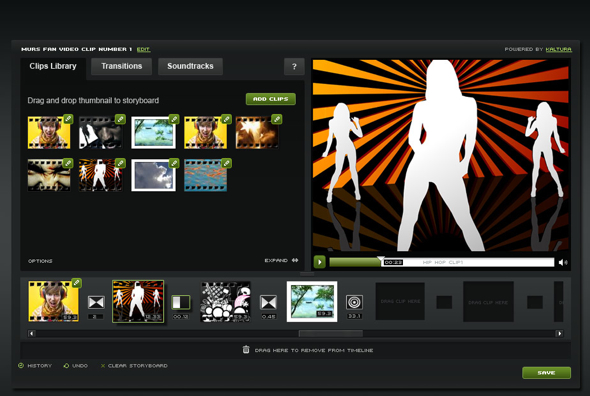 More significantly, if Kaltura does manage to attract development, it has the potential to lead the charge to a commoditized market. Though this is already starting to happen, a powerful open source alternative could be serious trouble for the Brightcoves and Mavens of the world. This is an especially large issue for Brightcove, which has raised a hell of a lot of capital but has yet to find an exit, even as it raises yet more money to expand into Japan. Maven, on the other hand, managed to get acquired by Yahoo, so it’s Yahoo’s problem now.

Fliqz, which is based in Emoryville, CA, has raised a total of $6.2 million in two rounds and says it will soon start looking for $10-15 million more. New York’s Kaltura has also raised two rounds. The first was $2.1 million. The size of the second was not disclosed.