iMessage apps can help people do things like share Airbnb listings, plan a night out, and shop together with a group, all inside iMessage. Since the launch of iOS 10 and the iMessage App Store in September 2016, nearly 5,000 apps have been listed. While that’s a rate of growth on par with the iOS app ecosystem, new app growth is slowing, according to Sensor Tower analysis.

Games and entertainment make up more than 40 percent of the iMessage App Store. Other popular app categories include social networking (6.4 percent), photo and video (5.4 percent), and utilities (9.2 percent). 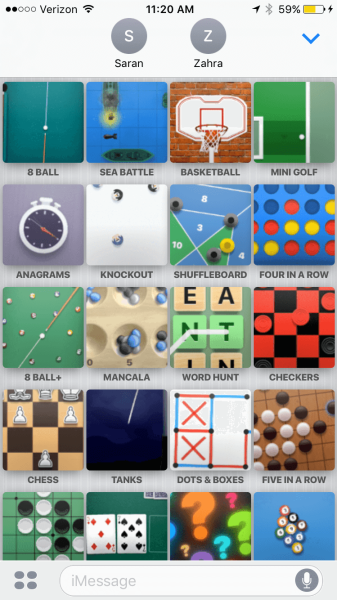 Sitting at No. 1, GamePigeon may very well be the most popular app in the iMessage App Store. It includes nine different games, from flicking basketball shots with your thumb to board games, mini golf, and poker you can play with friends.

No. 2 in the Top Free category is the Giphy iMessage app, a great tool for inundating family and friends with your favorite memes on repeat. Double-tap GIFs to add them to your favorites. GIF Keyboard is also listed among the top 10 iMessage free apps. 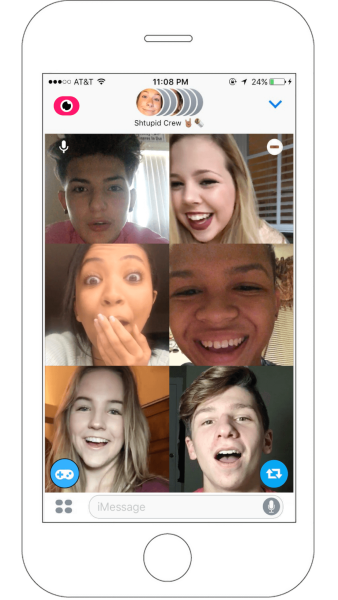 At No. 3 is group video chat app Fam, which allows users to speak with up to 16 people at once inside iMessage. Once inside Fam users can draw, play games, and do trivia in a live video chat. Fam was previously listed by VentureBeat among some of the best iMessage apps in 2016.

Given the spread of video chat to most messaging apps in the past year, perhaps Apple will offer its own group video chat option with iOS 11 to compete with apps like Fam. Until then, enjoy the app from Boston-based startup Smack. 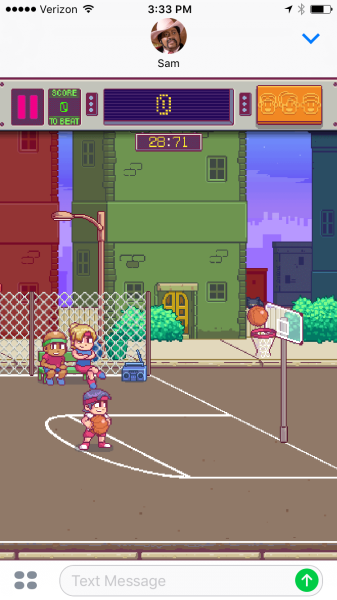 The best part of the game Let’s Puck It!, a game of classic pong at No. 4 on the list, is that every time a person initiates a game, they get a challenge: Loser has to do whatever challenge the winner has filled in the blank. Then they pong it out for the win.

Games and stickers round out the top 10 free iMessages apps. Games with Friends, similar to GamePigeon, lets users play beer pong, Skee-Ball, and 14 other games from Zynga.

Other games sometimes found in the top 10 include Mr. Putt, 8 Ball Pool, and Cobi Hoops.

Apps worth trying beyond the top 10: 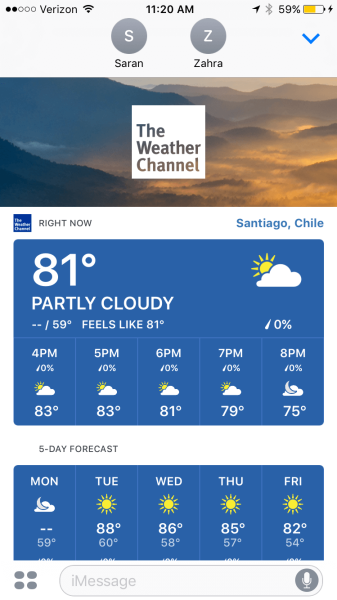 Above: The Weather Channel iMessage app

* The Weather Channel iMessage app looks up and shares with one tap the single day, five-day, and weekend forecast for cities around the world.

* Some popular games are pretty rudimentary, like Four in A Row and Rock, Paper, Scissors. Fast Thumbs literally measures how fast users can type and gives them a fat thumbs penalty. Might seem strange that people enjoy typing “Starboy” or “Too Much Sauce” as fast as they can, but many of the popular iMessage games — like Boggle and Words with Friends — are word games. 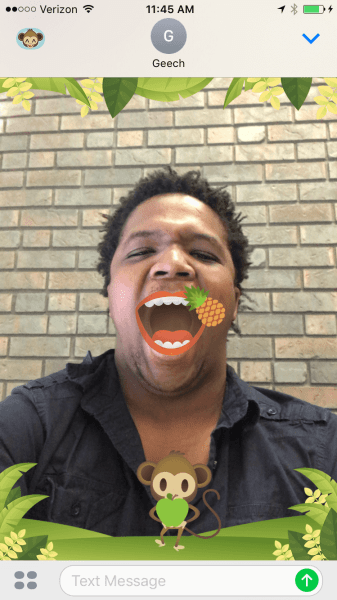 * The EatMessage game challenges you to eat virtual emojis. Using your camera, it gives you a virtual mouth for a cartoon monkey to throw food into. Share the game in iMessage and compete with friends. Each round ends with the monkey taking a pretty unflattering selfie.

* Truth or Dare iMessage app will send random dares like “Text your parents asking for condoms” and truth questions like “Would you rather be an ugly genius or a hot moron.” The app also has Never Have I Ever, Would You Rather, and College, and holiday editions available.

Want to try any of these apps? Here are instructions, because the iMessage App Store is so hard to find. 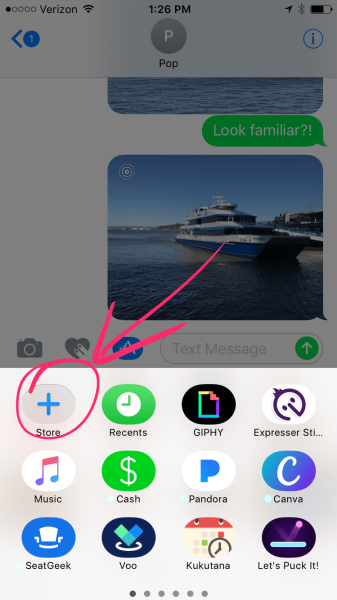 Above: The elusive iMessage App Store