Helsinki-based Boomlagoon is one in a series of Finnish game startups that have successfully raised money in the wake of big successes like Rovio (the maker of Angry Birds) and Supercell (the creator of Clash of Clans). There’s something in the water over there — or maybe the snow.

The funding comes from European investors Northzone, Inventure, and 360 Capital Partners. They join existing investors that include angel investor Jari Ovaskainen and London Venture Partners, who also participated in this round.

“We have been very impressed by the Boomlagoon team and believe they have a unique understanding of how to drive casual mobile games to broad markets,” says Torleif Ahlsand, a general partner at Northzone, in a statement. “All games from Boomlagoon are based on memorable characters and a clear strategy on monetization. I really look forward to joining the board to work with them to make their ambitious goals a reality.”

Boomlagoon was created in 2012 by three former Rovio team members who worked on Angry Birds, which has been downloaded billions of times and become the basis for licensed merchandise. Boomlagoon now has eight employees, and it is near to announcing its next game. 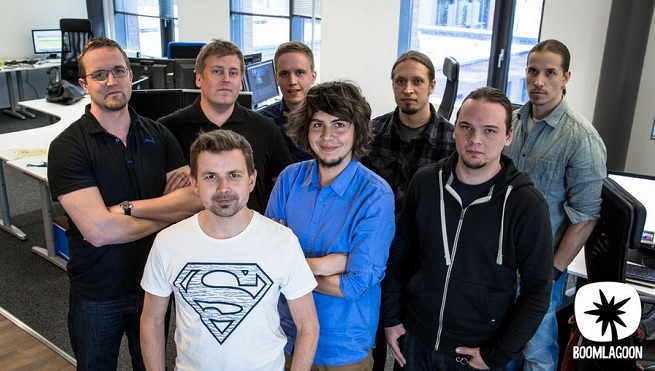 The company’s first mobile game, Noble Nutlings, has had a good start, said Antti Stén, the CEO of Boomlagoon, in an interview with GamesBeat.

“The legacy of successes by our investors is another indicator that our team is on the right track,” said Stén. “We’re thrilled to have them aboard, helping us bring engaging character-driven games to global audiences.”

Stén said his studio learned from Angry Birds the importance of creating fun characters, but the team has also learned some things that Rovio didn’t teach them, like how to build free-to-play games from the beginning. He said the company will unveil its second game in the coming weeks.

“Boomlagoon has a well-defined, proven mobile gaming strategy, centered around very strong original [intellectual property] that connects consumers worldwide,” said Fausto Boni at 360 Capital Partners. “We still see tremendous upside in the mobile games business and see them being a strong part of this future growth.”

Boomlagoon will use the money to expand its team and continue making character-driven casual mobile games. Stén was the former lead server architect for the original Angry Birds, and Tuomas Erikoinen was lead artist.