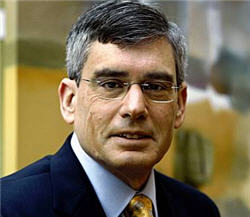 Attorney Gary Reback made a name for himself in the 1990s by taking on Microsoft in a series of lawsuits that challenged what he claimed was Microsoft’s monopoly status. Reback challenged Bill Gates’ acquisition of Intuit and attempts to kill browser maker Netscape by giving away Internet Explorer.

Today, Reback is on Microsoft’s side and taking on Google over the supersize search company’s agreement with the Association of American Publishers and the Authors’ Guild. The arrangement establishes Google as the de facto publisher for what will be the world’s largest digital database of “orphan” books, out-of-print titles whose copyright holders are unfindable. This isn’t a small set of forgotten titles we’re talking about. Orphan books, as the New York Times reported in April, “could make up the bulk of the collections of some major libraries.” As the sole seller of orphaned titles, Google would be able to charge higher prices than it would in a competitive multi-vendor market.

Reback has become the legal mouthpiece for the Open Book Alliance, an organization whose members include Amazon, the Internet Archive, Microsoft, Yahoo, and a whole bunch of library, book industry, and journalism organizations you’ve probably never heard of. Their primary goal is to keep Google from exclusive rights to distribute or sell orphan books, plsyu

Reback and the Internet Archive’s Peter Brantley have posted an essay, “Opening the Book,” that’s better than its title implies. Here’s my 150-word boildown of the part that matters:

“Just as Gutenberg’s invention of the printing press more than 700 years ago ushered in a new era of knowledge sharing, the mass digitization of books promises to revolutionize how we read and discover books. But a digital library controlled by a single company and small group of publishers would inevitably lead to higher prices and subpar service for consumers, libraries, scholars, and students.

“A proposed settlement to a class action lawsuit settlement among Google, the Association of American Publishers (AAP), and the Authors’ Guild threatens to monopolize the access to and distribution and pricing of the largest digital database of books in the world, cornering much of the value of book digitization and reserving it to the private parties that have negotiated what is essentially both a new policy and a business model governing access to this material without input from appropriate government officials or the public. This is unacceptable.”

A more honest assessment of what the deal would really do: It would create a duopoly with Amazon at one end selling copyrighted books, Google at the other with orphans, and nobody able to compete in between.