GamesBeat: As far as what people know about you, how do you feel the whole celebrity games thing turned out? It started great with Kim Kardashian. Where do you think that wound up as far as the opportunity goes?

De Masi: It’s funny. Kim’s still doing well. We’re in year six. Gordon Ramsay did well. There were a number of other products that were significantly below that, that were not successes. But the enduring influence of what we did is very much here to stay. You have businesses like MasterClass that are doing well with celebrity stuff. You have an endless number of influencer marketplaces, a whole new generation of — let me put it this way. There’s almost no business now, and you’ve probably written about these, from Casper saying in their IPO that influencer marketing is a big piece of their risk-reward profile — it’s an enduring piece of the landscape now. People have to remember that six years ago that was not the case. I also think that it has legitimized celebrities becoming serious businesspeople outside of their original domains.

I’m very proud of the legacy, to be honest. You continue to see serious businesses being created by celebrities, whether it’s cosmetics or fashion or far beyond. The influencer phenomenon is here to stay. 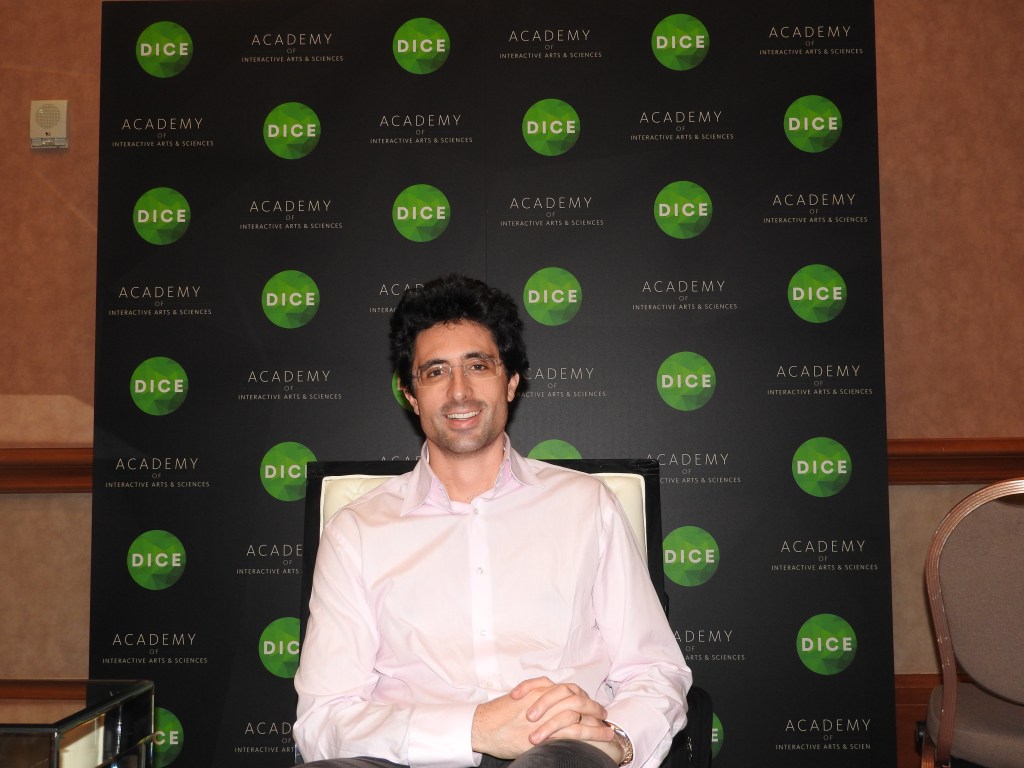 Above: Niccolo De Masi spoke at one of the recent Dice Summit events.

GamesBeat: There’s a new CEO at Disney today. It will probably impact the markets that you’re in at some point.

De Masi: At some point. We’ll see. That guy’s leaving on a high, clearly. It’s a good time to go. “I’ve crushed it. I’ve launched Disney+. I’ve made all these great acquisitions, Pixar and Marvel and Star Wars.” You look at it and think, there could be a recession, a bad election, corona. This could be a good time. I don’t blame him. It might be looked back on as a masterful time to do something. But only time will tell.

GamesBeat: Disney is in the mode of licensing toward the game industry, game developers and publishers. I suppose that’s been good for them. It’s better than losing money with a bunch of studios they own. It’s been good for Glu as well.

De Masi: Glu is launching a Disney game this year, yes. The reality is, I think you know as well as I do that Warner Bros., Disney, they all flirt with having their own studios, and to some extent they succeed or don’t succeed. They go in cycles. Warner has a bigger internal effort going on than Disney at the moment. But we’ll see what happens there.

What Iger’s done with Disney is very much analogous to what I’m looking to do with the SPAC. I’m good at optimizing products that already have what we call an established core loop. You know what I’m talking about because you’ve been in the game business. If you have an established core loop and you’re doing $50 million, $100 million in revenue, I know how to get you from $100 million to $300 million. What I don’t want to take risks on anymore, and certainly with the SPAC, is on discovering whether the core loop works and resonates.

I liken it to what Bob Iger’s done with Star Wars, Marvel, and Pixar. They have an established franchise. It’s a lot easier to monetize the Star Wars franchise once you have the Star Wars franchise, cranking up releases, cranking up the TV spinoffs. That’s exactly what I’m looking to do with finding the right apps property that has scale, but hasn’t fully monetized the opportunity and fully distributed itself. Maybe it hasn’t done international well, for example. I’m looking to start out with strong success and turbocharge that success.

GamesBeat: From here on out, you’re just shopping, I guess?

De Masi: I am. Quite seriously, I’ve had a lot of inbounds. I have 30 or 40 prospects that I like, and from here on out, yes, it is a question of moving these forward into NDA, into negotiations, into diligence.

GamesBeat: With 30 to 40, I assume that you’re probably not going to spend this all at once. You might actually buy smaller things to turn them into big things?

De Masi: No, no. I’m looking to make one big acquisition. What I mean is there’s dozens of prospects. There are probably 50 prospects that I’m going to move forward through our funnel. But we’ll only close one deal. After we make the first acquisition, then we can do bolt-ons afterward. But initially there needs to be a platform, a center of mass if you will. After that we can keep going.