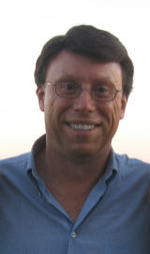 Don Dodge, the Microsoft startup evangelist whose layoff earlier this month was much-bemoaned in the tech community, has landed on his feet, and then some. He has accepted a new job at Google, where it sounds like he’ll be occupying a role similar to his job at Microsoft — convincing startups and other developers to build using Google’s technology and platforms.

In his blog post announcing the move, Dodge sounds pretty mixed in his feelings about his former employer. He says “Microsoft is a different company, a better company, than when I joined 5 years ago,” but he also says it was “not cool” to lay off 5,000 workers despite lots of cash on-hand and sizable profits.

Dodge also says he has decided to embrace Google applications, switching from Microsoft Outlook to Gmail (which he says is “awesome”), Microsoft Office to Google Docs, from a Windows Mobile phone to one running on Google Android, and from Microsoft Internet Explorer to Google Chrome. It might be tempting to see the conversion as that of an overzealous company man, but I use two of those products myself (Gmail and Docs) and am considering switching to a third (Chrome), so hey, who am I to criticize?

I’m also happy to see that Dodge found a new position so quickly. I didn’t know him as well as some of the other bloggers who wrote about his departure and new job, but I always enjoyed catching up with him at conferences and hearing his thoughts on the latest startups. He’s a smart guy, and has clearly found a good home at Google.