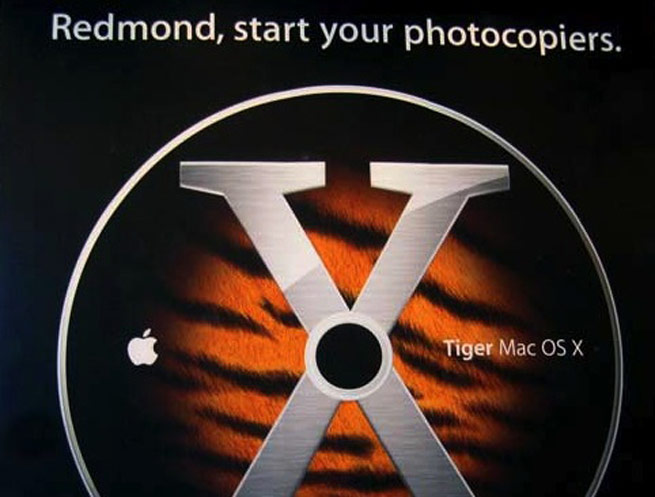 Steve Jobs was very upfront about the fact that good artists copy, and great artists steal. According to former Palm CEO — and former Apple SVP — Jon Rubinstein, the company Steve started is still a great artist.

As is Google, and as is Microsoft.

Speaking to Fierce Wireless about HP’s long-ago purchase of Palm, Rubinstein was asked about similarities between iOS 7 and Palm’s innovative-but-doomed WebOS:

It’s not just mobile platforms. If you look at the notifications on Mac OS X, it looks just like webOS, too. We did a lot of things that were very, very innovative. Obviously, multitasking, notifications, Synergy, how we handled the multiple cards. There’s a long list of stuff we did that has been adopted by Microsoft, Apple and Android.

Multitasking on iOS 7 is a massive update from iOS 6. Instead of simply seeing the icons of apps that are currently running, iOS7 shows users a screenshot of each running apps in a horizontally scrolling interface. That’s very reminiscent of Palm’s WebOS, which also had a horizontal scrolling view of open applications: 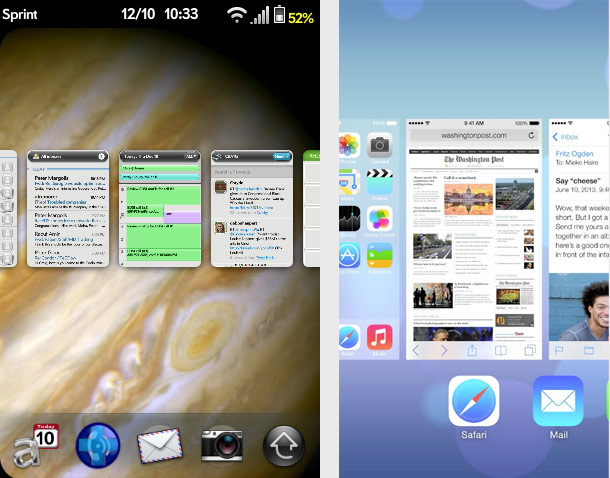 Above: WebOS versus iOS: multitasking.

Synergy was Palm’s innovative way of merging contacts from multiple contexts: Facebook, Google, LinkedIn, your personal digital rolodex, and more. Apple has been doing that for some time with Facebook contacts, of course. In addition, Palm pioneered over-the-air operating system updates, which most of the major smartphone platforms have now adopted.

Rubinstein clearly indicates that Google’s Android and Microsoft’s Windows Phone have both benefited from WebOS as well. I wonder if the important point here is how much the entire mobile industry owes to Palm, WebOS in specific, and the entire lineage of Palm products since the original Palm Pilot in general.

The reality is, we probably don’t pay as much homage to the predecessors of our amazing modern smartphones as we should. And, that WebOS’s ignominious end as a forgotten and neglected red-headed step-child in the melting-down HP family home was a tragic, crying shame.