Munchbach is about two weeks away from publishing the “Forrester Wave” report on marketing technology, so she can’t publicly compare Oracle with competitors like Salesforce, IBM, or Adobe until that report is out. However, it is widely known that Oracle has been late to the cloud, and thus is playing catch-up with its “marketing cloud.” In order to do battle, Oracle has plowed an estimated $3 billion over the past 30 months into acquiring companies like Responsys, BlueKai, Compendiu, Eloqua, Vitrue, and Collecitve Intellect. 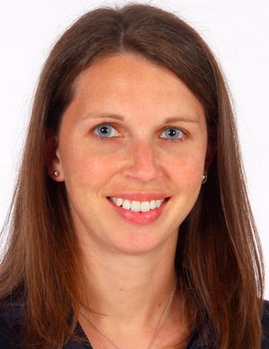 VentureBeat: What’s your takeaway so far from OpenWorld?

I found it noteworthy that [newly appointed Oracle co-CEO] Mike Hurd’s keynote on Monday morning featured nine CIOs but no CMOs. Last year, there were only eight tracks for marketers, and this year they had 50 or something, but it’s very obvious how entrenched Oracle still is in IT-speak. Obviously, it has Eloqua, but that’s very B2B, and it’s been still a very technical play. It’s not a marketer play in the same way a Responsys is.

For all of the talk and momentum and the things they are doing to focus on the CMO and focus on the marketer, they still clearly have a deep-seated affiliation and comfort with the IT side of things.

VentureBeat: You’re right. That was symbolic not to have any CMOs represented. Was that an oversight, or was it because they just don’t have ties with CMOs yet?

I hope it wasn’t an oversight. I think they are still building credibility, quite honestly. They only launched the marketing cloud a few months ago. The Responsys deal only closed in March. They don’t have as long of a track record here. They have to still prove that they can speak marketing.

VentureBeat: Oracle missed its numbers two weeks ago, and its stock dropped again this week. Oracle’s market cap has also recently slipped back below IBM’s. What is your interpretation of the stock drop over the last couple of days?

I don’t have much of a point of view. Oracle is a big company, and I’m only covering the marketing side. I have the same sort of reaction as when Apple sells 10 million iPhones in a week and yet the stock goes down. Within tech, it’s easy to get stuck on the ups and downs and lose sight of the longer term.

VentureBeat: How is Oracle doing as a marketing cloud compared to its chief competitors, Adobe and Salesforce?

Until the Wave report comes out, I can’t make a direct comparison between them. But I can say that Oracle has brought on some very strong capabilities over the last 18 months, with Compendium, Responsys, and Eloqua a little bit before that. They have a good sense of what a marketing cloud needs to consist of, in terms of meeting the needs of the marketer.

VentureBeat: How will Oracle likely seek to differentiate itself?

They’ll likely benefit from their ability to plug into the other Oracle systems and non-marketing applications – in commerce, for example, and in sales for the B2B side of things. They have a great arsenal that can orient well for B2B as well as B2C businesses. Their strategy right now is to focus on how they can differentiate, particularly in the B2B space. What they’re doing around Bluekai and Eloqua is pretty innovative because you think of a Data Management Platform as pretty much exclusively a B2C capability, and Oracle is bent on infusing better insight into the B2B side of things. I think they’re taking a unique approach, and they’ll benefit from the breadth of capabilities that they’ve brought in to serve different audiences.

VentureBeat: Where do you see the most interesting action in marketing tech right now?

It’s the convergence of advertising technology and marketing technology — essentially using the data from one to inform the other, to make campaigns more effective overall. Using customer data, and overlaying that with publisher data so that you’re not targeting customers, you’re really only going after prospects. There’s an interesting dynamic there, where we talk about the customer life cycle and understanding your customer behavior as they move through that cycle. The technologies that would have traditionally been upper funnel and lower funnel are coming together so that you can start to synthesize that view. Oracle buying Bluekai is a good example of that.

VentureBeat: Part of [former Oracle CEO Larry] Ellison’s opening keynote Sunday centered on how Oracle can bring everything together in a platform — Saas, PaaS, IaaS — better than other players can. Can Oracle make that same argument when it comes to the marketing cloud?

They [the big marketing cloud companies] all can make that argument, but all have holes. Every customer has their own unique environment. The reality is that no one has provided the system of record for the CMO, or the marketer, in a way that is out of the box and truly spans all components. The vendors can’t provide that, and marketing organizations aren’t set up for that type of thing. No customer is going to have all of their marketing tech provided by one vendor.

VentureBeat: When it comes to integration of the marketing stack, how is Oracle doing relative to its competitors? (There are reports that Salesforce has had a hell of a time integrating its stack. Buddy Media, for example, has been considered a flop).

Oracle is doing more in the last year than I’ve seen them do before, in terms of commitment to integration and the speed at which they’re doing it. They are already through phase one of an integration between Bluekai and Eloqua. They know what the remaining three phases in that four-phase plan are. There’s a clear road map and milestones set to drive further integration — for example, with the social cloud. But everyone else in the space is equally committed.

VentureBeat: So has Oracle’s acquisition strategy been pretty successful by comparison?

The amount they’ve spent tells me they’re pretty committed. But it’s too early to judge success because there aren’t that many deployments. Even if a company is going to make a wholesale switch over to marketing cloud, that’s going to take a long time. There’s a huge amount of replacement. This is something we’ll be able to see over the next couple of years.

VentureBeat: Oracle’s doing well with customers who have invested a lot of money into their on-premise infrastructure. But the challenge is competing for new business that is largely in the cloud. Is Larry Ellison the right man to meet this challenge? He stepped down as CEO, but he’s leading the product side.

I don’t know how well positioned I am to comment on this, since they’re so new in the space I cover. They’re obviously late to the cloud, but they are there now. They’re making the pivot.

VentureBeat: Oracle’s announcements Monday sounded pretty impressive. It said its Field Service program boasts 113 SaaS products with 14 new service cloud applications. And its recently launched Data-as-a-Service layer, which helps with social campaigns, has 49 SaaS and DaaS products for the time being — 36 of which are new this year. Are these announcements as impressive as they sound?

This sort of ecosystem of partners and applications that plug in is a huge part of the value proposition of any of these suites. The marketing cloud companies recognize that not all functionality comes from them. They want to act as the hub or the backbone. They all have in the 100s of application partners.

VentureBeat: Ellison made it clear that Oracle wants to have the same pricing as Amazon, Microsoft, and Google in cloud infrastructure. How about on the marketing cloud side of things? Is Oracle competitive on pricing?

It’s extremely difficult to say, because pricing is dependent on services that are plugged into the marketing cloud, how they are bundled, and so on. Oracle has a reputation for being expensive, but they also haven’t done a lot of innovation about how they sell the marketing cloud. If you look at Salesforce, they released bundled pricing this year. Adobe got rid of charging on a CPM basis. Oracle is still selling the components. I would expect them at some point to be more explicit and transparent about their pricing, in the same way Adobe and Salesforce have been.

[Stay tuned. VentureBeat will follow up with Cory when she releases her Wave report in a couple of weeks.]