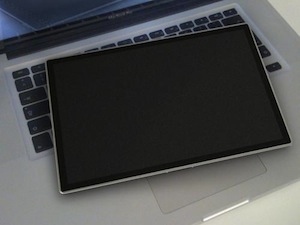 As the hype builds about Apple’s big product launch tomorrow, which everyone believes will involve the unveiling of a tablet device, two analysts at Forrester are casting a skeptical eye on some of the excitement. Charles Golvin and James McQuivey write that the tablet sounds like it’s “flawed in meaningful ways: It’s a computer without a keyboard, it’s a digital reader with poor battery life and a high price tag, and it’s a portable media player that can’t fit in a pocket.”

Despite those reservations, Golvin and McQuivey say they expect the device to be a big deal — but they think Apple needs to do three key things if it wants the tablet to become a mainstream device, rather than “a peculiarity.” Here’s their checklist (the bolded wording comes from Forrester, the rest is my paraphrase):

All of these sound like solid ideas, and also speak to the high hopes that many have for Apple’s announcement. If chief executive Steve Jobs demonstrates another tablet computer tomorrow, albeit one that has the normal Apple stylishness, that will be awfully disappointing.