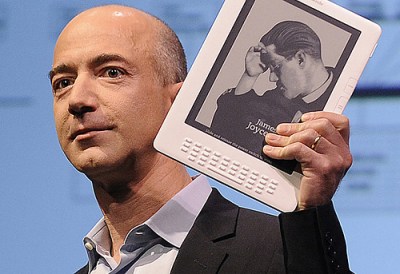 Market research firm Forrester isn’t putting too much stock in the hype surrounding upcoming Android 3.0 tablets. Instead, the company believes that Amazon is best suited to take on the iPad when it decides to enter the tablet arena.

What’s the problem with Android slates like Motorola’s recently released Xoom? Forrester considers them all too expensive, and they also can’t match the Apple Store’s retail experience. Forrester has found that consumers also find Apple’s products more valuable because of the company’s slick retail stores. Forrester predicted last week that the iPad 2 will continue to dominate in 2011 with 80 percent of the tablet market.

An Amazon tablet (which would likely run Android), on the other hand, could better compete with the iPad 2 in terms of pricing, and it could also take on Apple’s content offerings and retail advantage. Unlike other tablet manufacturers, Amazon could deliver a tablet at or below cost, with the hopes that it would recoup some of that expense from ebook sales. That’s not too different from how Amazon first approached its megapopular Kindle e-reader.

While Amazon doesn’t have a plethora of retail stores, consumers have become comfortable with the site as a go-to spot for online shopping. Forrester found 28 percent of consumers would prefer to buy a tablet from Amazon, while only 11 percent would rather buy one from a mobile carrier — the main retail source for current Android tablets.

Forrester also believes that Amazon has plenty of motivation to develop a tablet of its own, since Apple is looking to implement new App Store rules that could eat away at Kindle ebook profits. And of course, rival bookseller Barnes & Noble managed to deliver it’s Nook Color tablet/ebook reader last year, which offers an impressive amount of features for just $250. Amazon is surely planning a way to strike back against both companies.

Given how well the Nook Color has been received, I’m confident we’ll see some sort of tablet announcement from Amazon this year. I also wouldn’t be surprised if Amazon makes it a more straightforward Android tablet experience, especially since the company is planning an Android app store of its own.