Android Wear smartwatch fans were left disappointed this week when LG decided to cancel the launch of its new LG Watch Urbane 2nd Edition. But perhaps Fossil’s move into the space with its new Q line of connected wearables — specifically the $275 Fossil Q Founder smartwatch — will partly make up for the LG letdown.

Back in August, we learned at the Intel Developer Forum in San Francisco that Fossil had teamed up with Intel to ship its first fashionable smartwatches this fall. First impressions had some comparing Fossil’s effort to the Moto 360, while the focus on fashionable design seemed to indicate an attack on the premium end of the market where the Apple Watch reigns supreme.

Then, earlier this month, Fossil announced its acquisition of fitness wearables maker Misfit for $260 million. Fossil said at the time that it wanted to “scale Misfit’s technology” across its own offerings. And now we arrive where we are today — with the new Fossil Q Founder, which naturally comes with a built-in activity tracker.

“Engineered with Intel Innovation and powered by Android Wear, Q Founder tracks your activity, connects to your favorite apps, alerts you of your notifications, and has customizable digital watch faces that are sure to fit your style,” Fossil said in a press release announcing the launch.

“With its stunning touchscreen display, refined steel and classic leather accents, Q Founder is an unassuming powerhouse. Q Founder will let you know when you have an incoming call or text message, notify you of upcoming appointments or even whether or not your flight is on time with smart Google Now cards, and inspire you to get creative with a weekly curiosity challenge. And if you want to go hands free, it can also listen and respond to your commands via your voice.”

While Fossil is counting on its reputation for quality in the traditional watch space, the fact remains that the device is retailing at a below-average price point for today’s popular Android Wear smartwatches. And it’s certainly below the $349-$399 cost of an Apple Watch.

Fossil says its entire Q line is compatible with Android 4.4 and higher, iPhone 5 and above (running iOS 8.2 and higher), connects via Bluetooth, and comes with wireless charging bases. The Q Founder, specifically, has an estimated 24-hour battery life.

Based on first impressions, it looks like Fossil has made a great start — though there’s no denying it’s late to the party. Available from Wednesday, let’s see if it finds fans in the market. 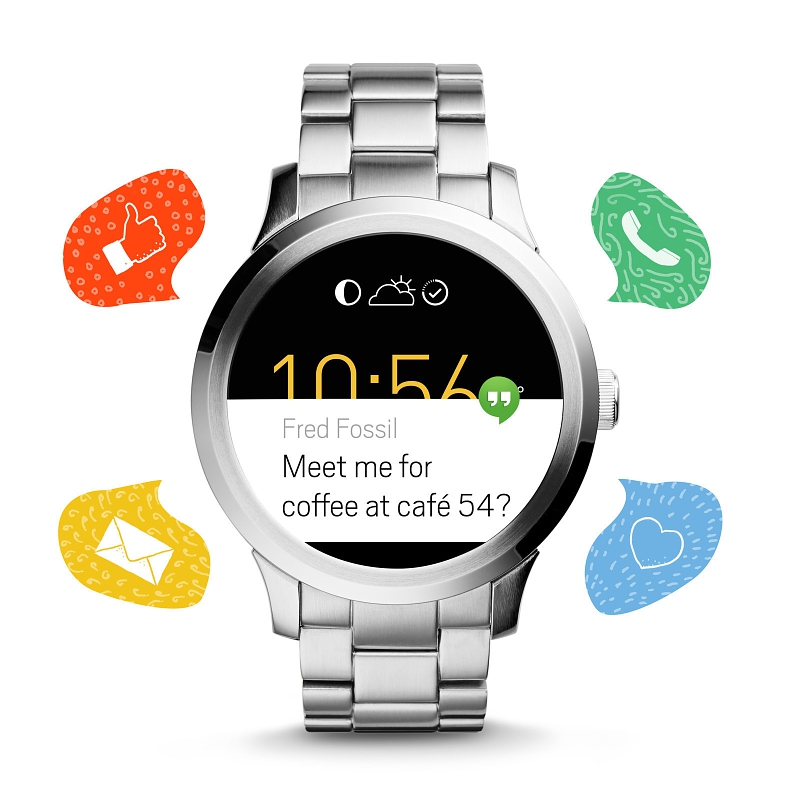 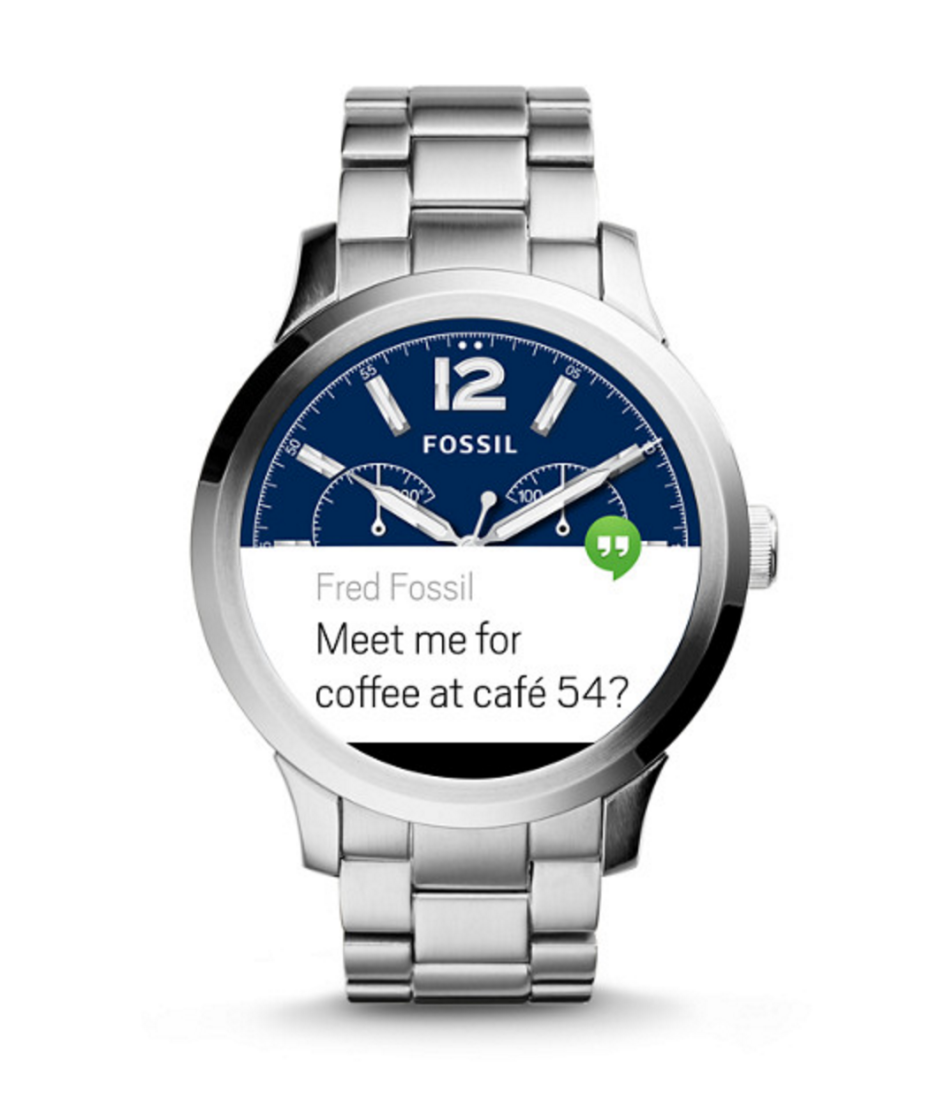 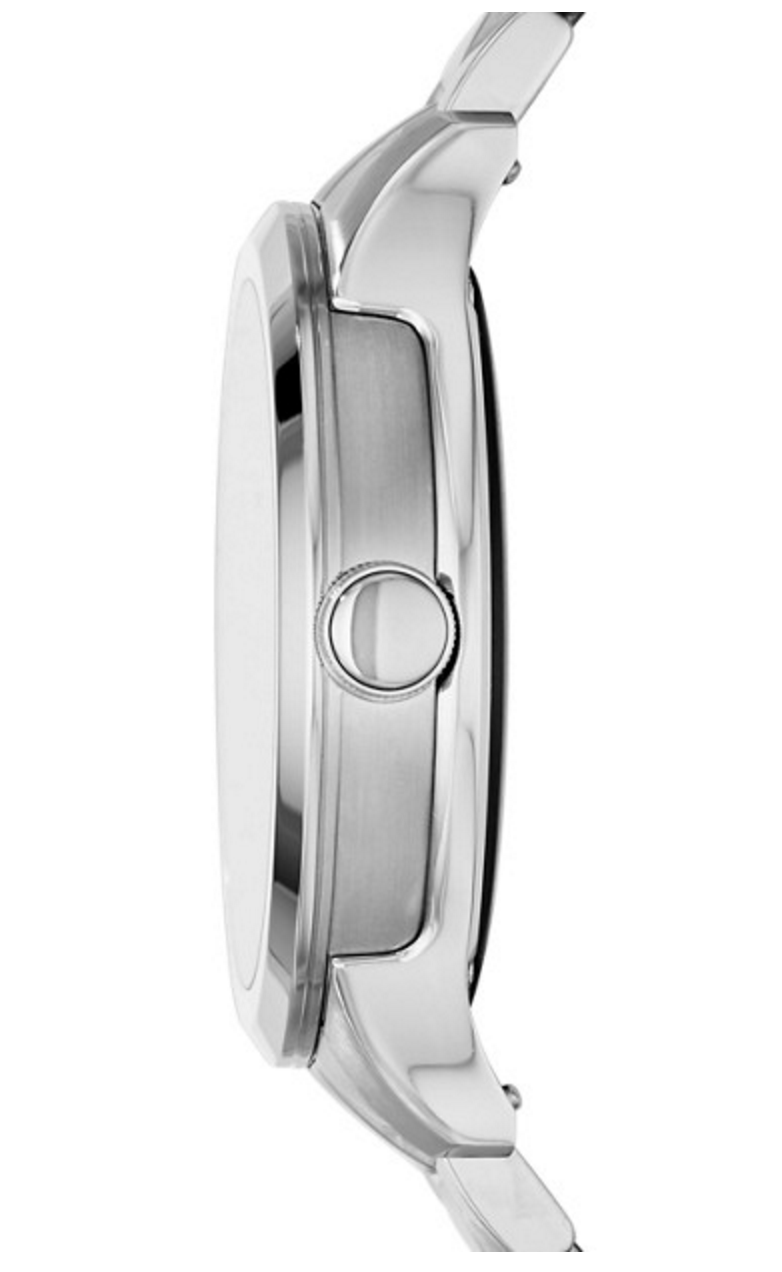 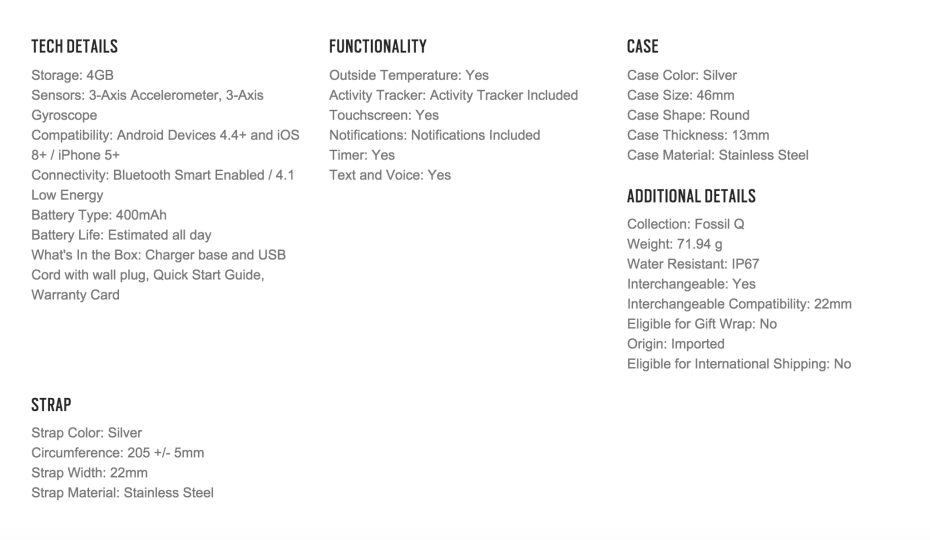